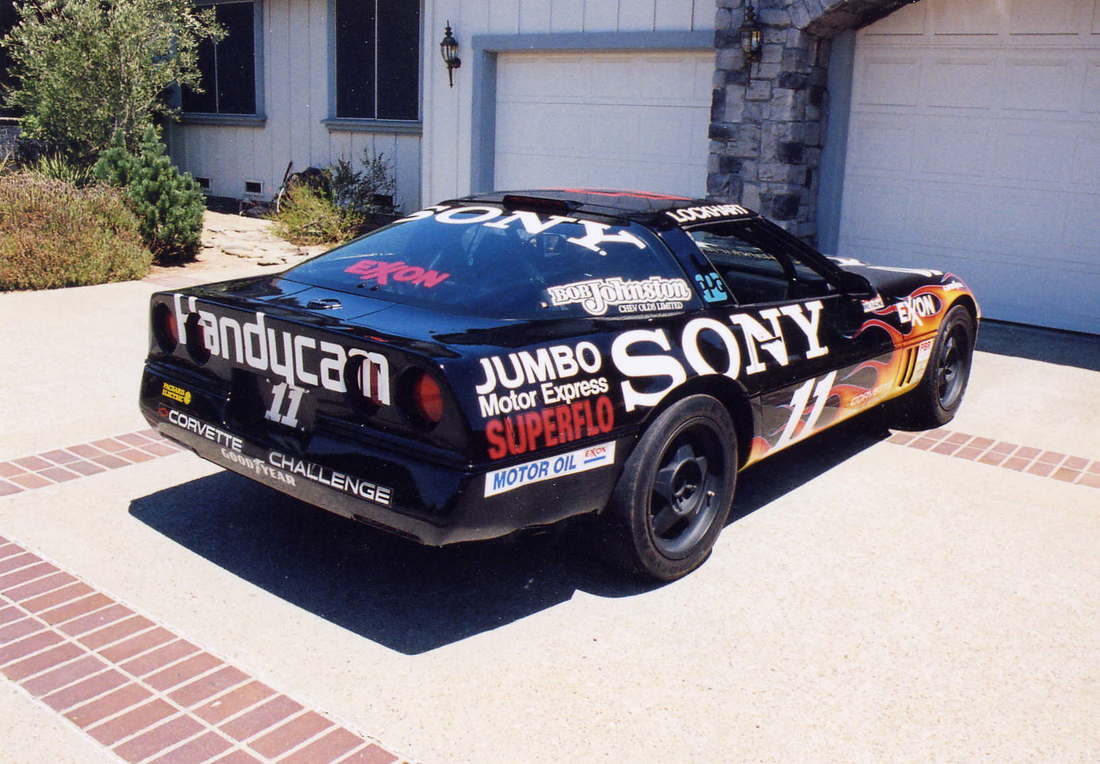 In the late 80's, Corvettes were taking all of the SCCA racing titles. Porsche, Lotus and many other competitors couldn't touch the Corvette. The competitors got together and banned the Corvette from competing against them. In 1987 a fellow by the name of John Powell came up with a brainstorm idea of having a "Corvette Challenge". Which meant only Corvettes could compete against one another in a CORVETTE ONLY RACE SERIES, in doing so he wanted to make sure each car was built to specfication.

Powell envisioned having the Corvette Challenge teams compete for an enormous and unheard of purse at the time of $1,000,000. With one million dollars at stake the competition would be fierce. Fierce it was! There were some big guns coming to the Corvette Challenge races with good reason. The spec series became an instant hit with spectators and teams alike. With the competition being so close, it allowed the spectators to see some incredible accidents and some very competitive driving at various racing venues.

​The 1988-1989 Corvette Challenge series came about because, in the Sports Car Club of America's (SCCA) Showroom Stock GT category, Corvette had no challengers. From the fourth generation Corvette's introduction in 1984 through the 1987 season Corvette's combination of superior handling, excellent brakes, sticky Goodyear "Gatorback" VR50 tires and the Small Block V8's power and torque ran away and hid from its Showroom Stock competition. It didn't matter what the series was called, Playboy Challenge, Showroom Stock GT or Escort GT Endurance, Corvettes were unbeatable. Literally. They won every race they entered, with the only competition coming from among the Corvette entrants 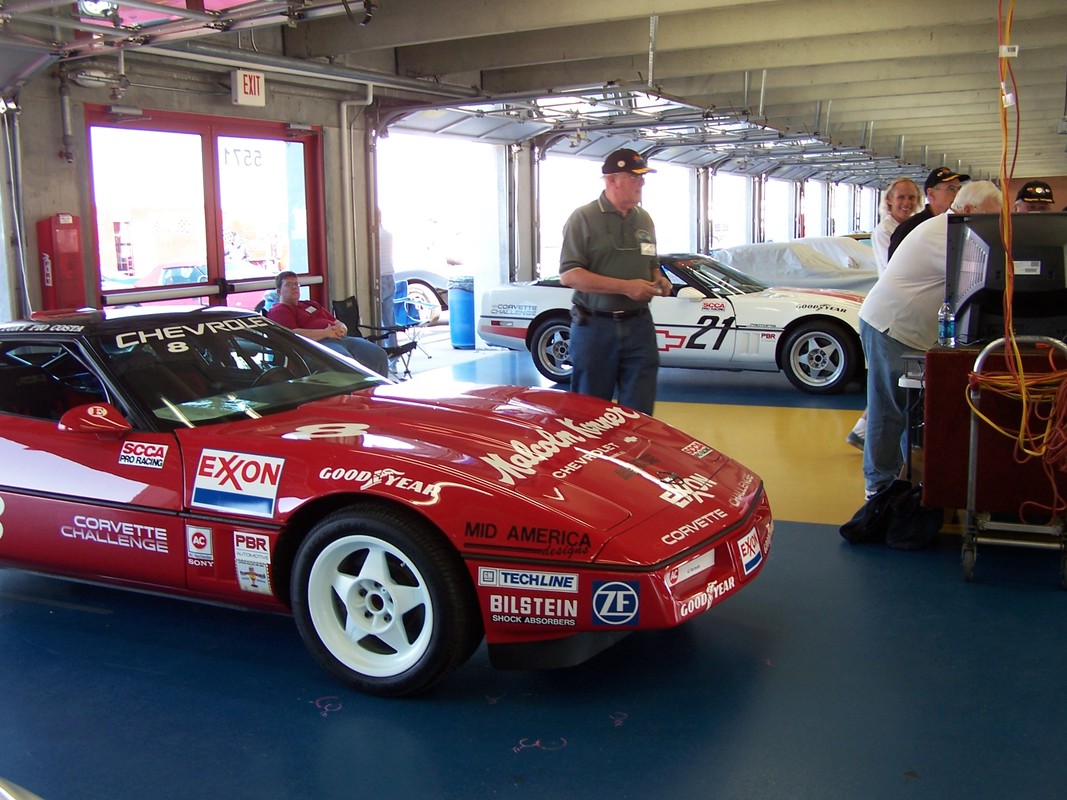 For two years 1988 and 89, the Corvette Challenge provided exciting and close racing that highlighted the power and handling of essentially stock Corvettes in the hands of talented and motivated drivers at important races across North America. Its success and fan involvement was such that ESPN broadcast the full 1989 Corvette Challenge season to an enthusiastic audience, standing on its own as exciting racing.

THIS CAR, DOOR # 11 WAS PREPARED AT POWELL MOTORSPORTS IN WIXOM, MICHIGAN. ALL CHALLANGE CARS HAD THEIR STANDARD L-98 ENGINES REPLACED WITH SEALED EXACT SAME SPEC RACE ENGINES SPECIFICALLY BUILT BY THE FLINT ENGINE PLANT FOR THE CHALLANGE SERIES.

SPECIALIZED VEHICLES INC. IN TROY, MICHIGAN TUNED THE CARS FOR EQUAL PERFORMANCE COMPUTER SPECS. POWELL DID ALL THE SAFETY MODS.

PETER LOCKHART AND HIS RACING TEAM IN TORENTO RECEIVED THIS CAR FROM VALLEY CHEVROLET, WILKES-BARRE, PENNSYLVANIA. SONY AND THE DEALERSHIP WERE SPONSORS. LOCKHART CAME IN 2ND IN THE CHAMPIONSHIP  SERIES AND WON AT TORENTO AND MOSPORT,  2ND AT SEARS POINT, AND 3RD AT DES MOINES AND MEADOWLANDS,

AT 1989 SEASON END, MIKE YAGER BOUGHT THE CAR FOR HIS ''MY GARAGE'' COLLECTION. CURRENT OWNER STEVE AND PAM HALL PURCHASED THE CAR IN JANUARY 2003. STEVE RACED IT IN WEST COAST VINTAGE SCCA EVENTS AT THUNDERHILL IN WILLOWS, CALIFORNIA AND PORTLAND INTERNATIONAL RACEWAY IN OREGAN IN 2003 AND 2004.  IT IS DRIVEN 2 MILES A MONTH, AND HAS A TOTAL OF 4767 MILES.

THE ORIGINAL MATCHING NUMBER NON RACE L-89 ENGINE IS BACK IN THE CAR. THE ORIGINAL RACE ENGINE IS STILL IN THE ''MY GARAGE'' YAGAR COLLECTION.

​ON JULY 16, 2009 THE CAR RECEIVED THE NCRS QUALIFYING ''CHALLANGE'' AWARD AT THE LAKE TAHOE, NV REGIONAL AS IT WAS THE FIRST CHALLANGE CAR TO RECEIVE THE AWARD AND WAS USED FOR THE 1989 JUDGING MANUAL FOR CHALLENGE CAR INFORMATION THAT IS NOW IN THE MANUAL. ONLY 28 CARS REMAIN OF THE ORGINAL 30 CARS THAT WERE MADE.

CAR IS IN BRENTWOOD IN NORTHERN CALIFORNIA IN THE COUNTRY WEST OF WALNUT CREEK. OFFERED IN THE HIGH $40'S. A REAL BARGIN FOR A PIECE OF CORVETTE HISTORY. Call me at 909-557-4870 for an inspection appointment.