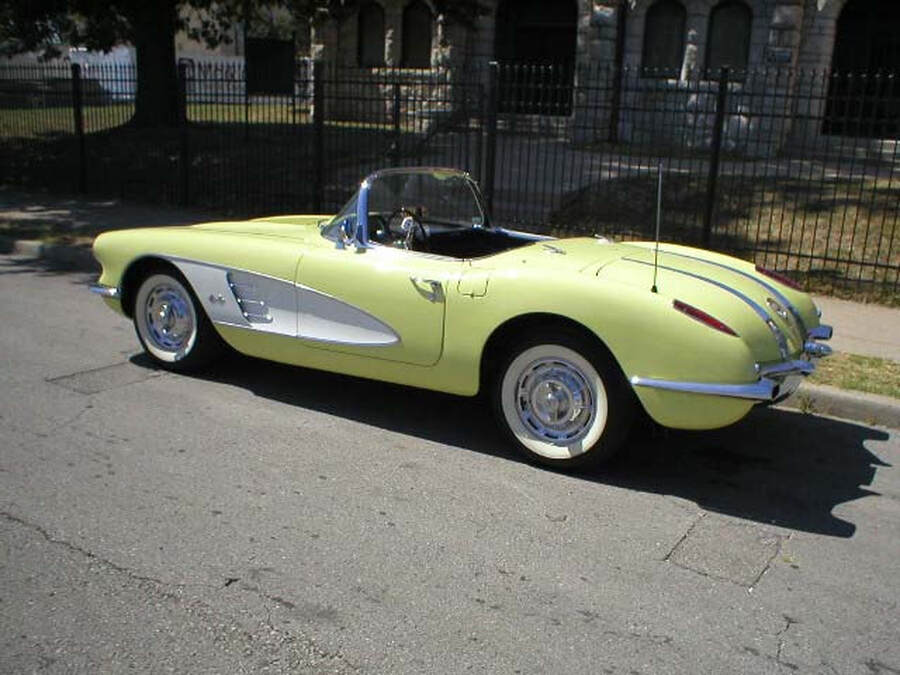 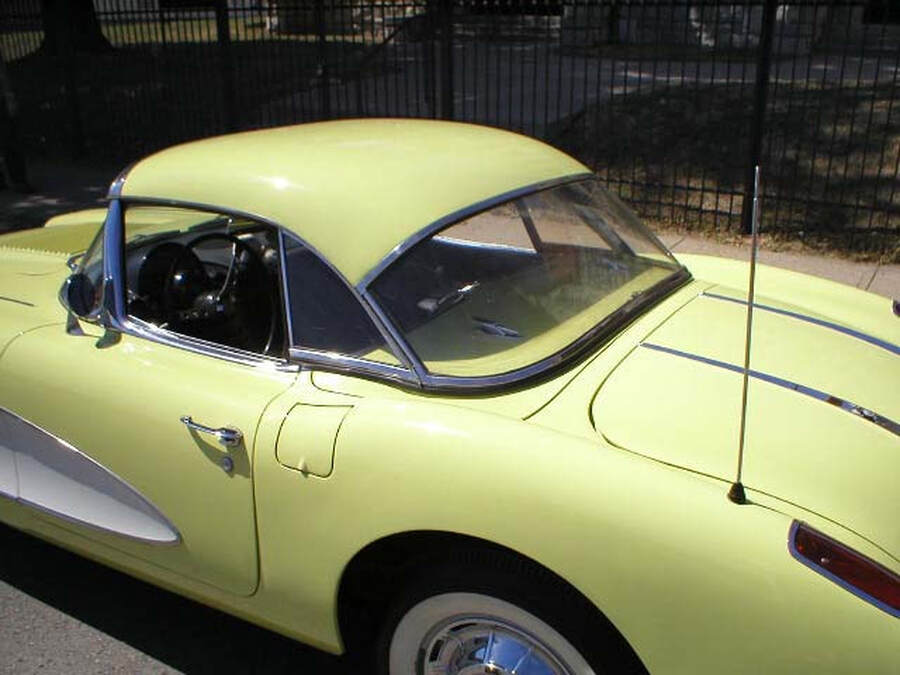 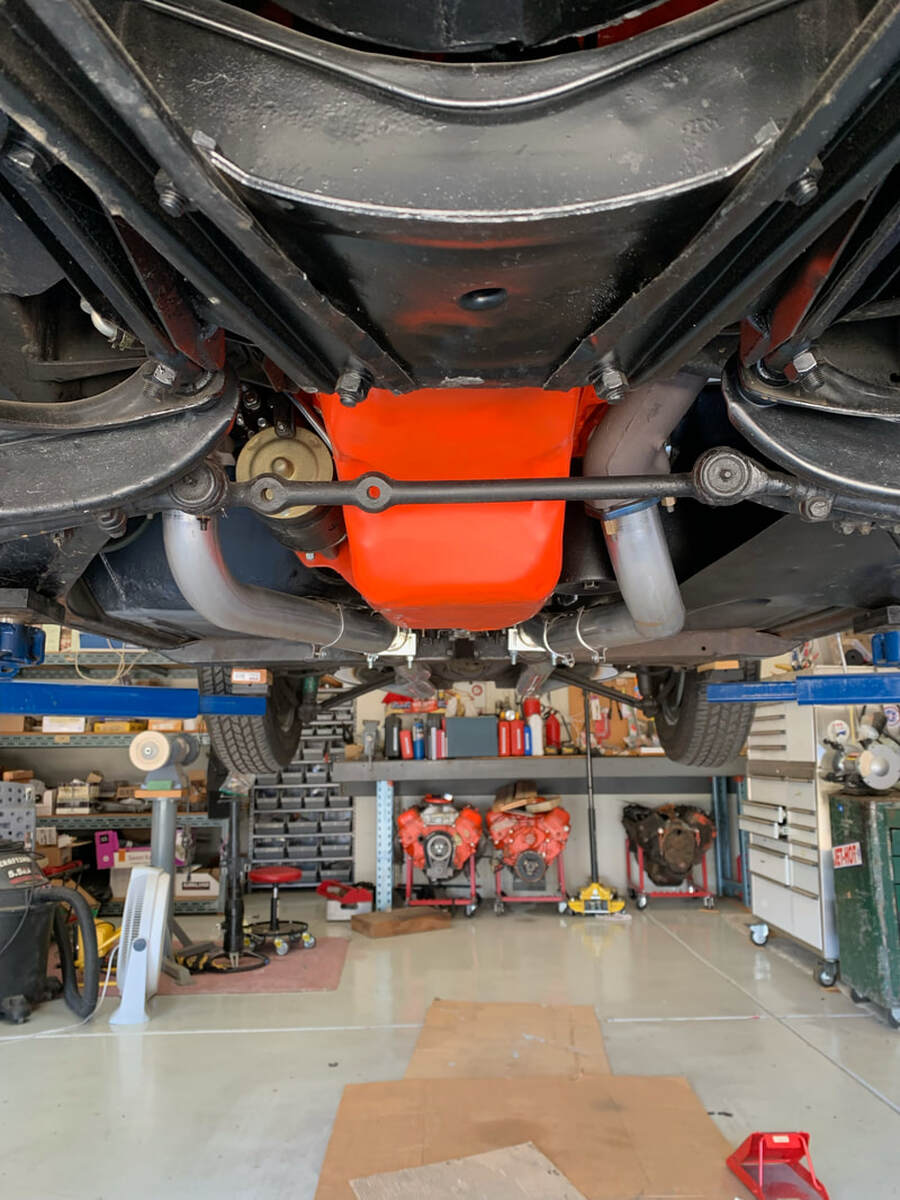 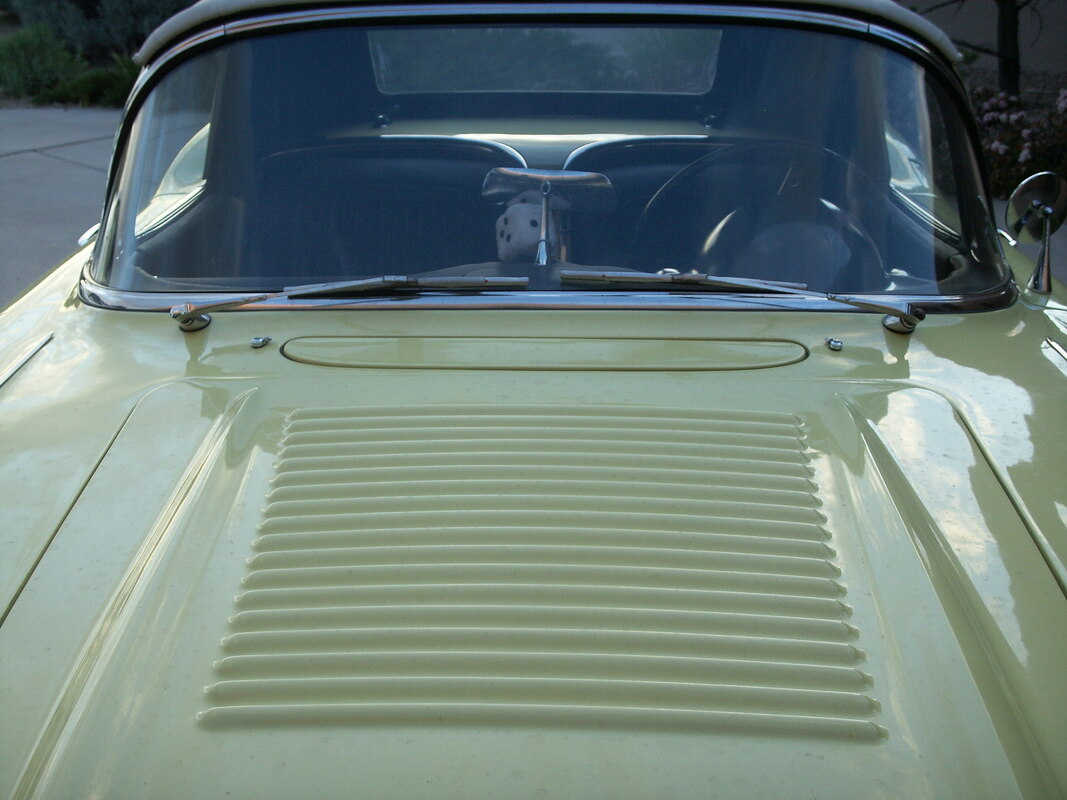 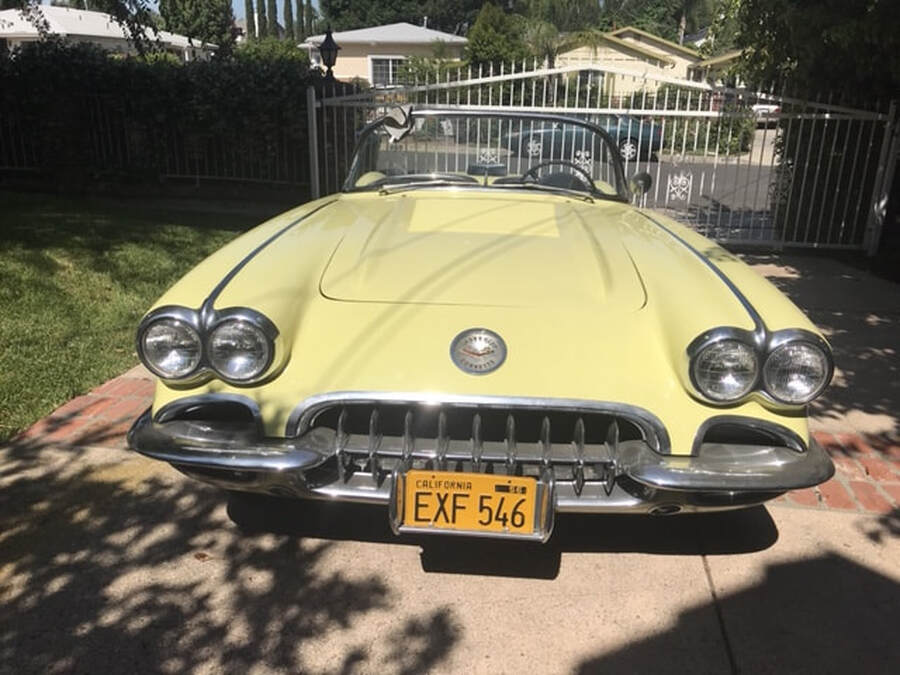 This car started life in Southern California and had two owners. It was sold to a dealer in 1980’s in the midwest, who sold it to a man in Albuquerque, NM who owned it for many years. In 2006, I sold it to my friend in Tarzana, California, where it still lives today. 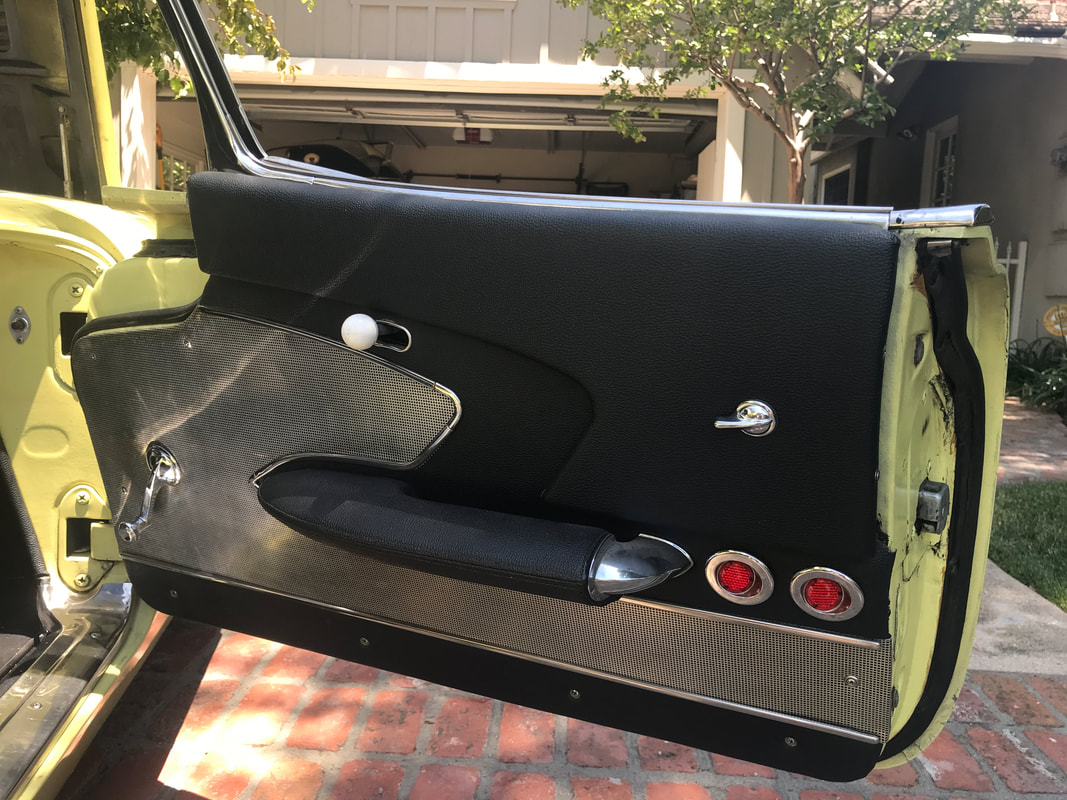 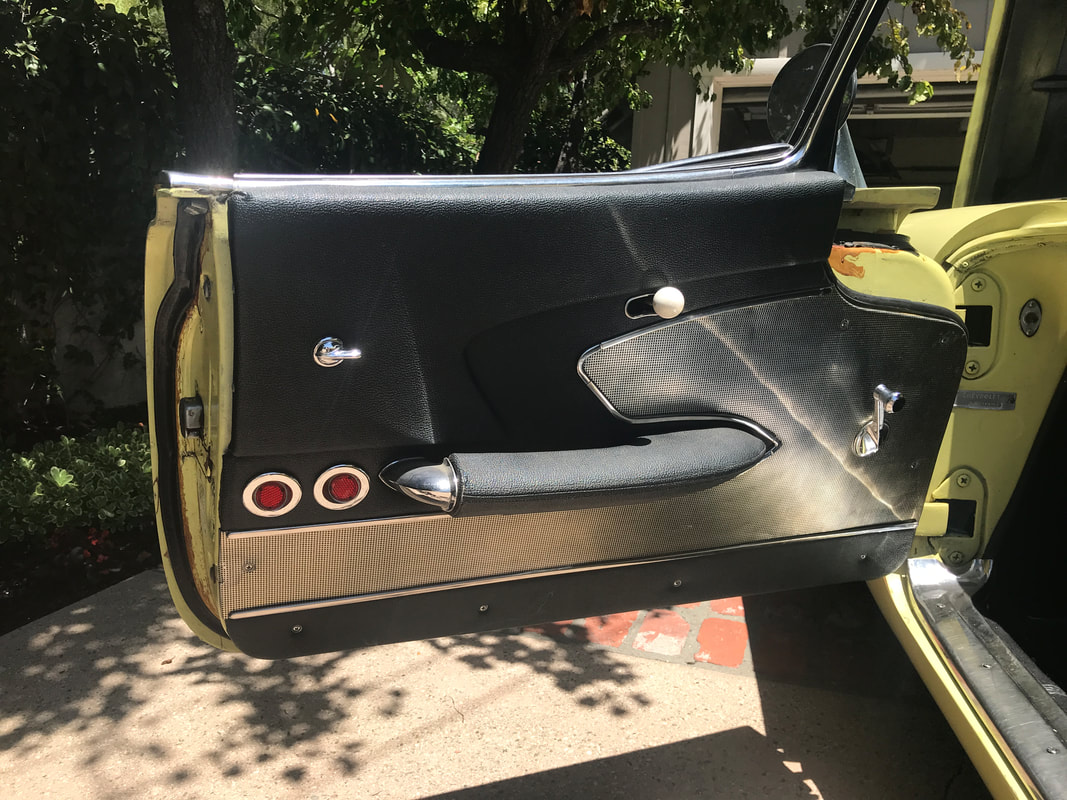 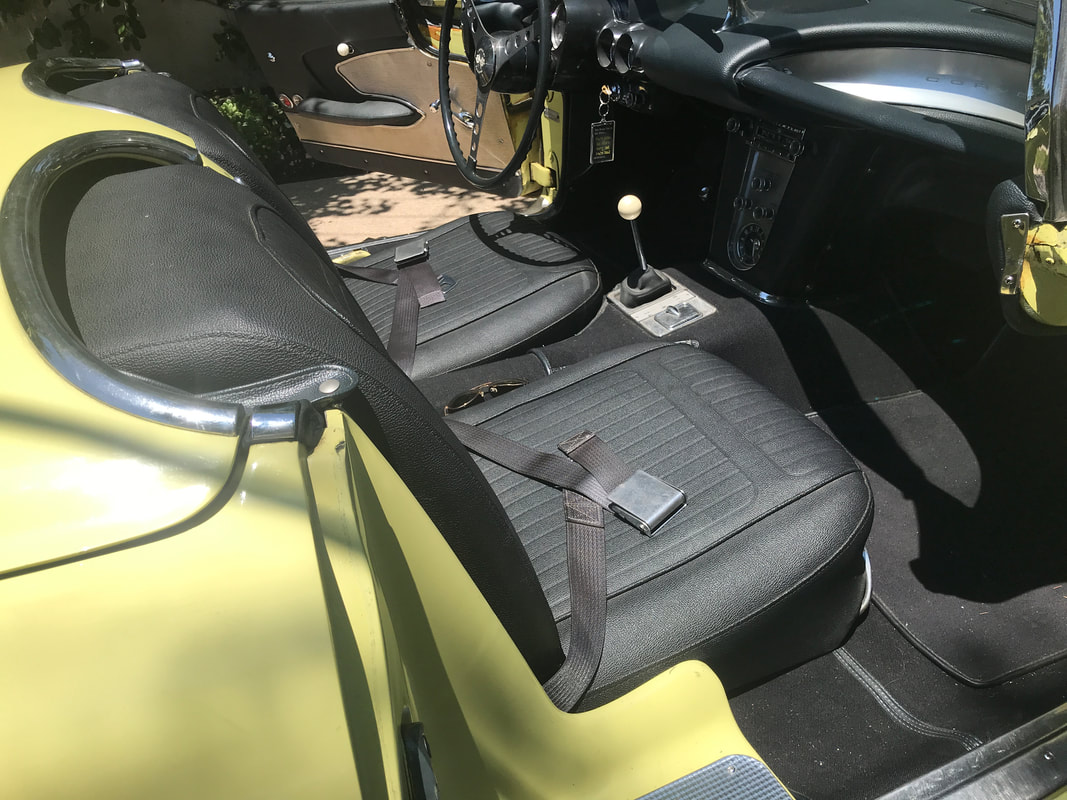 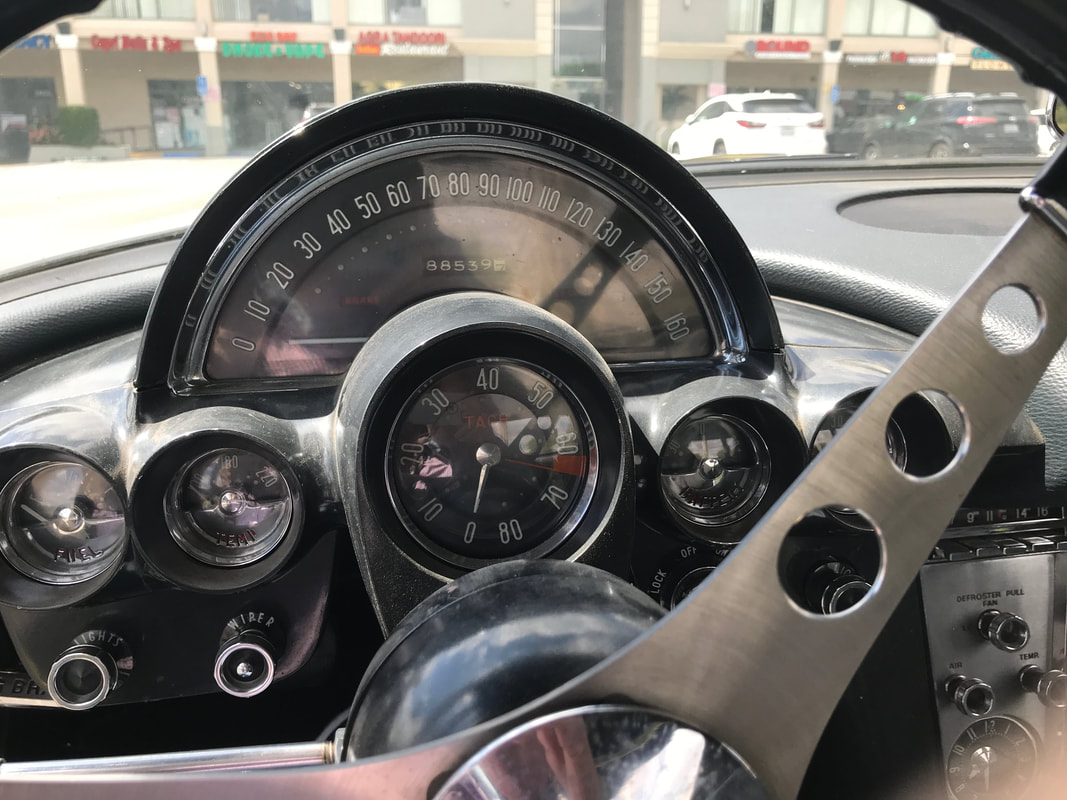 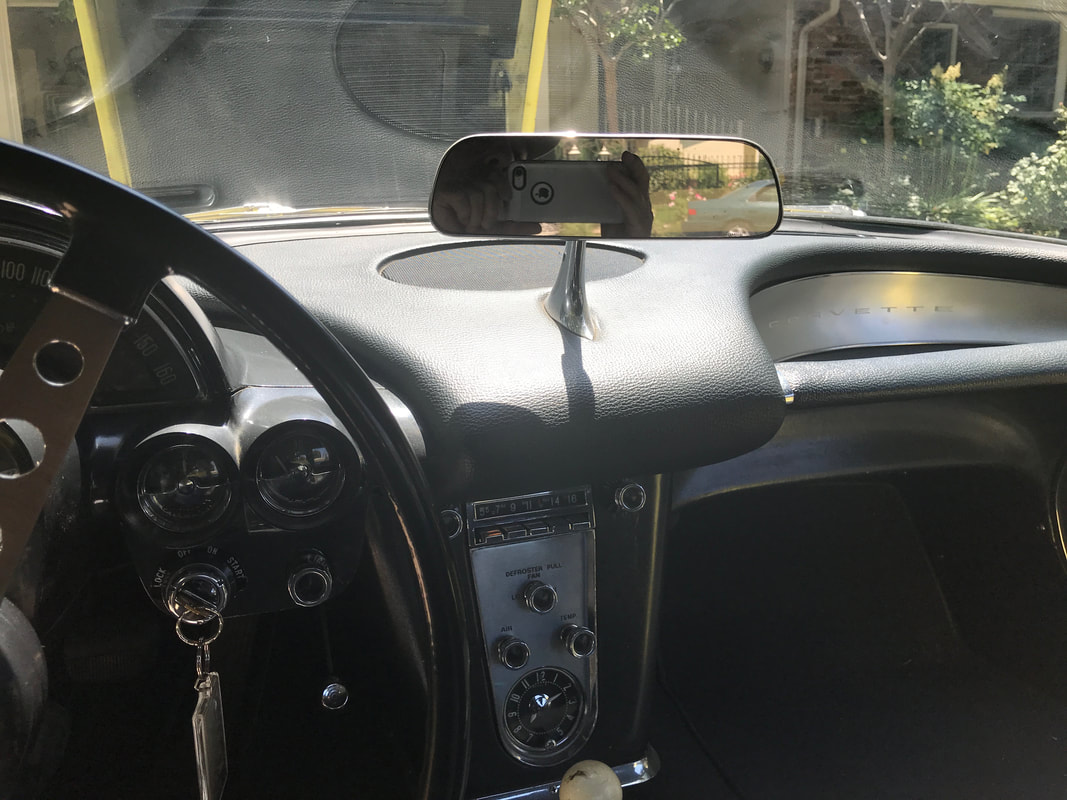 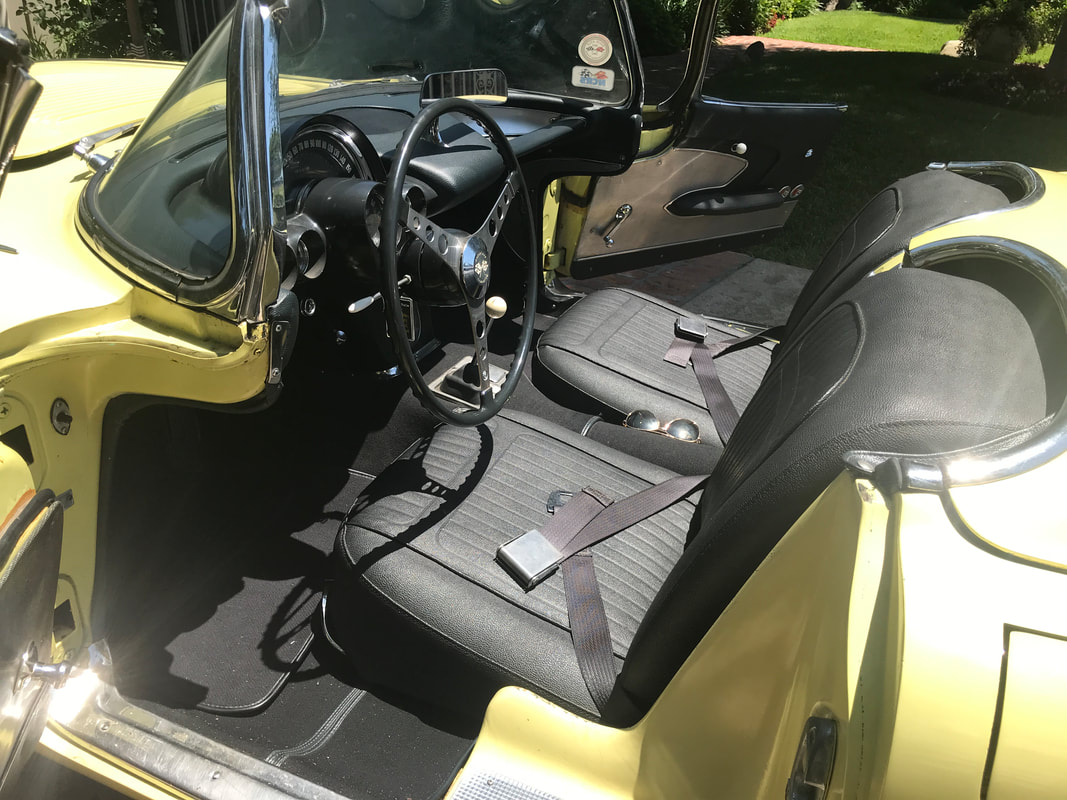 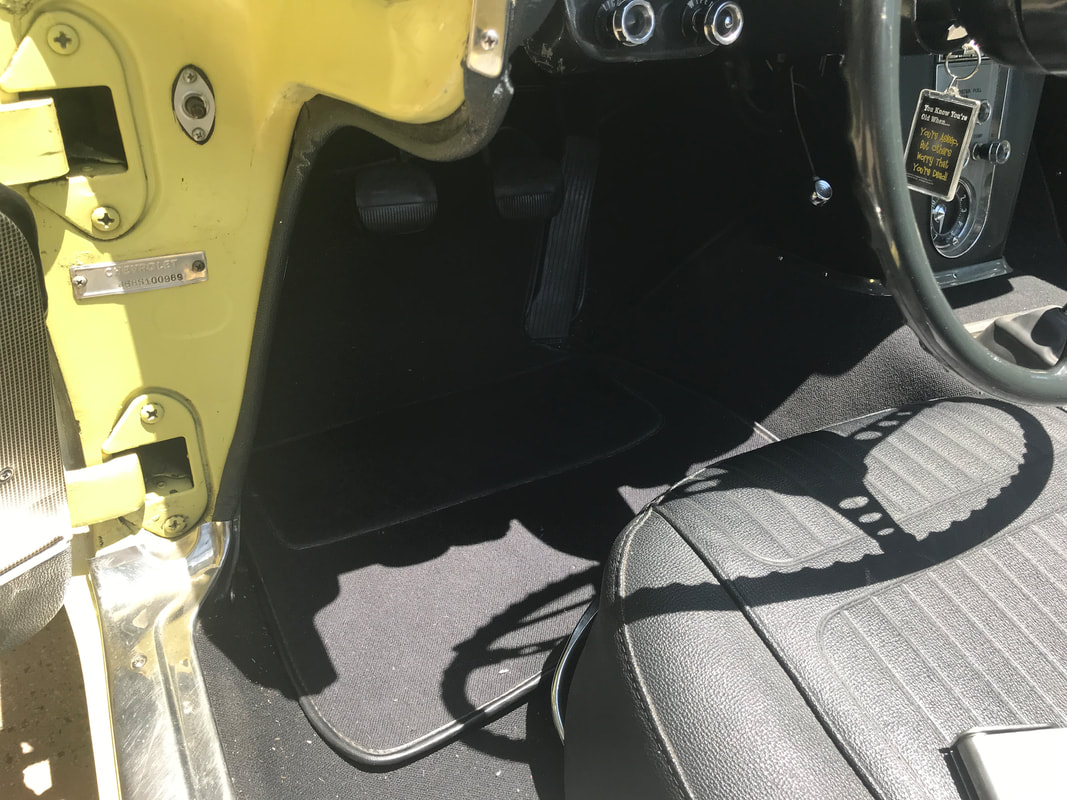 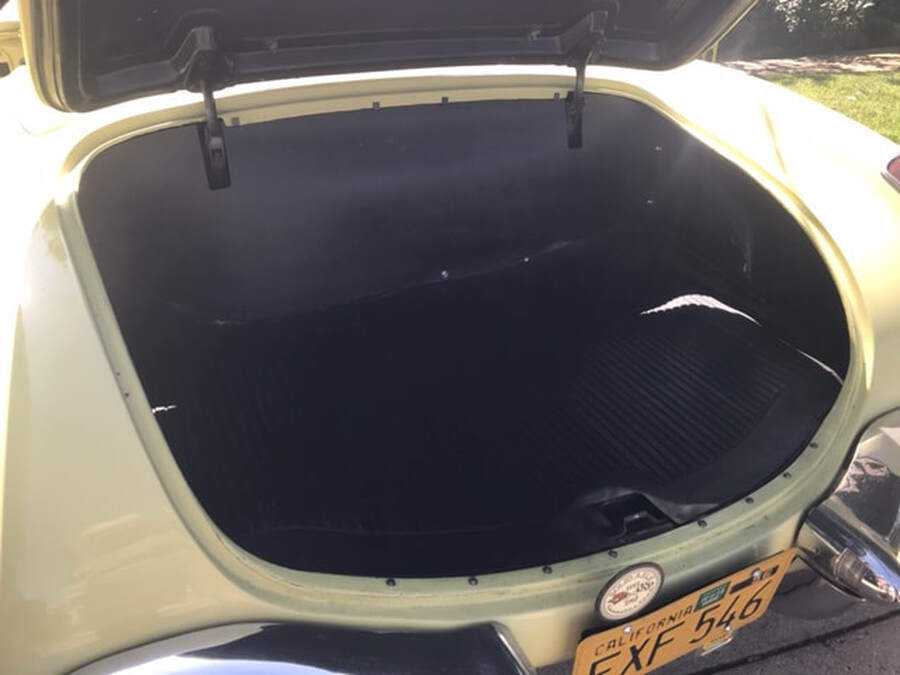 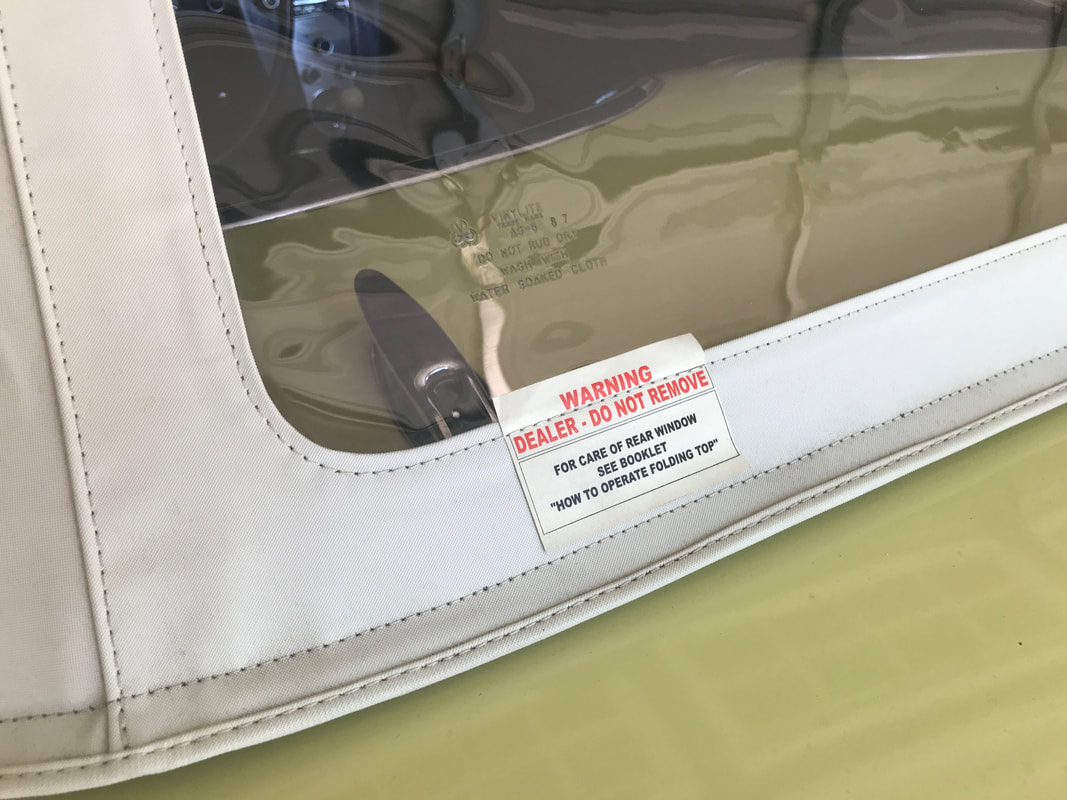 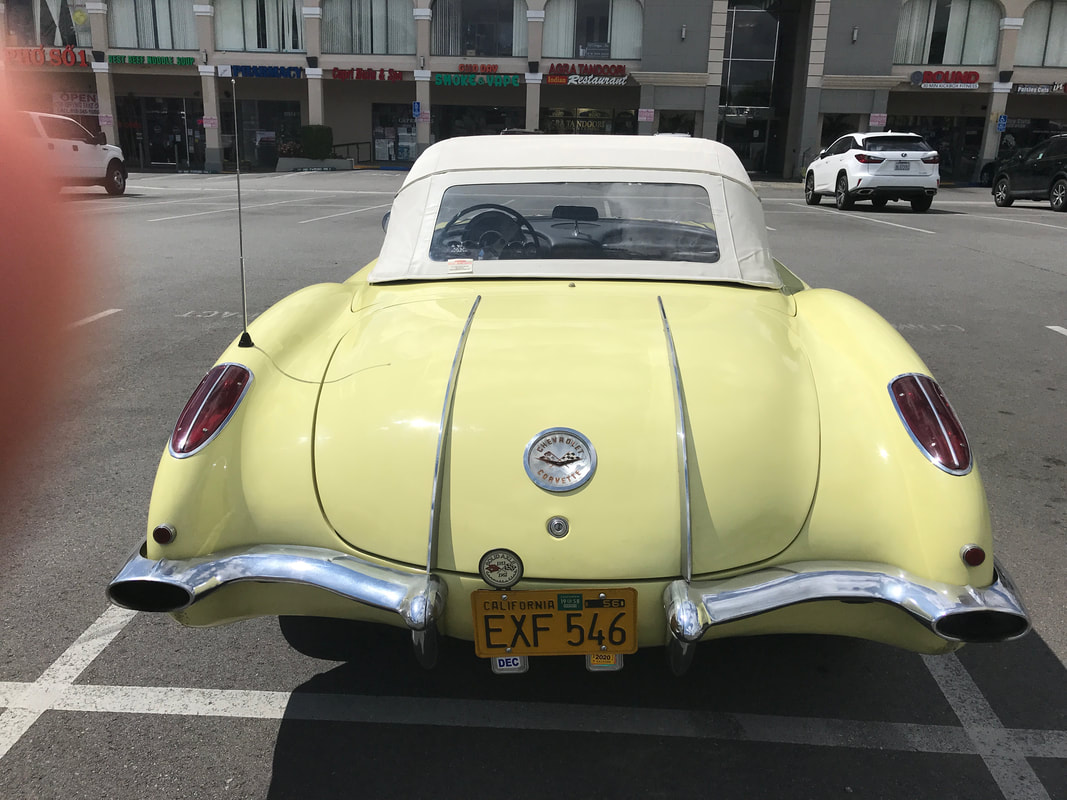 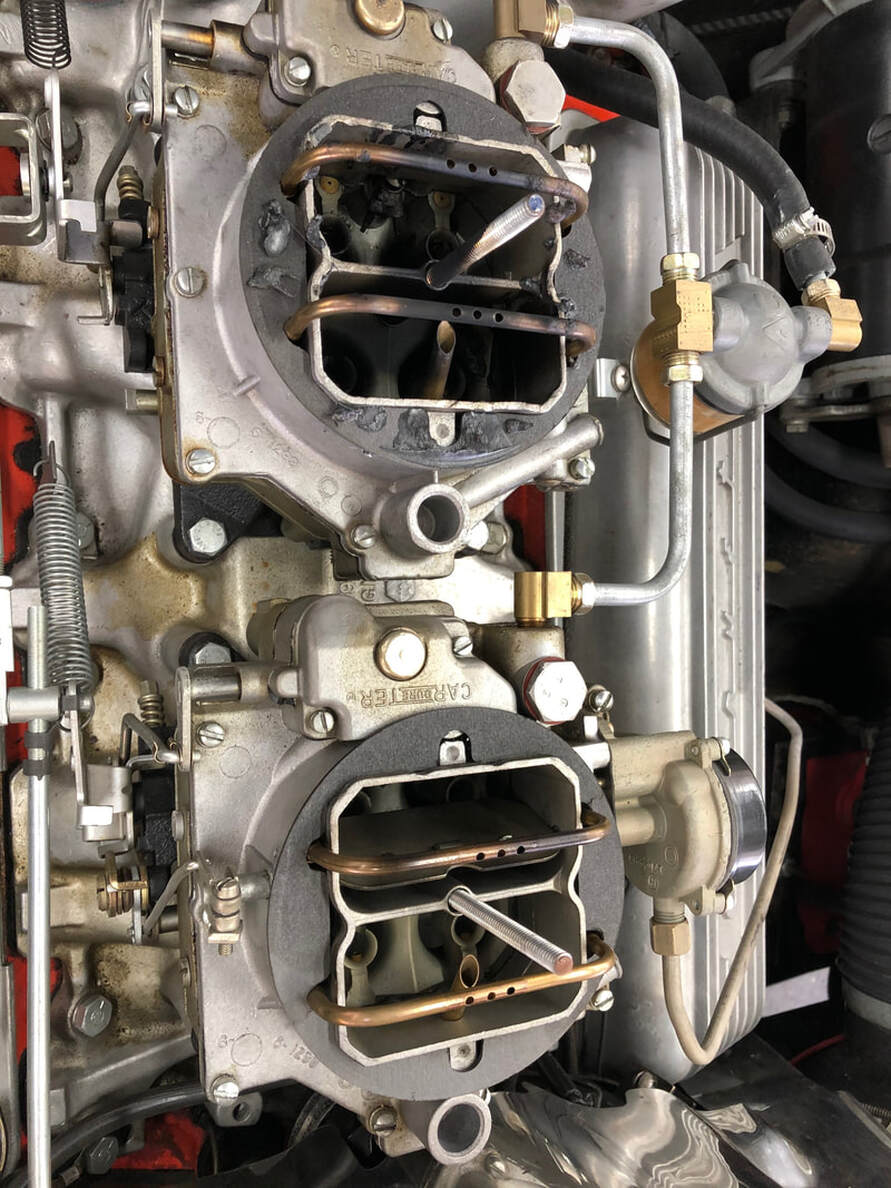 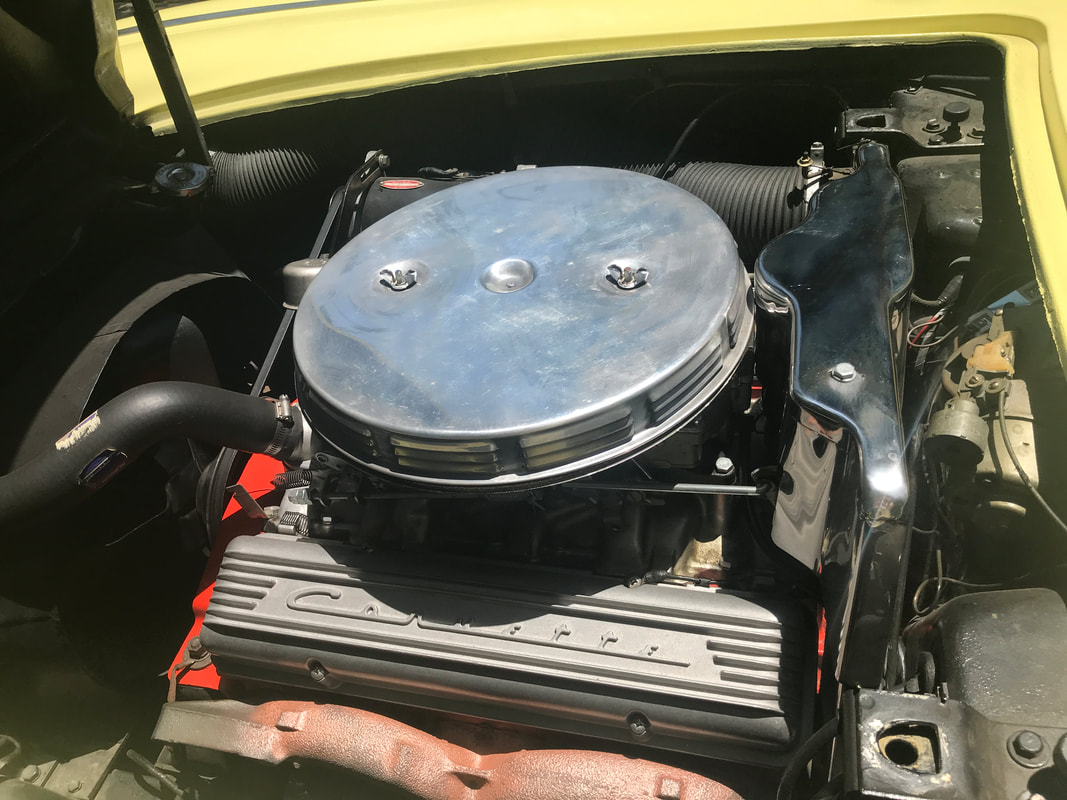 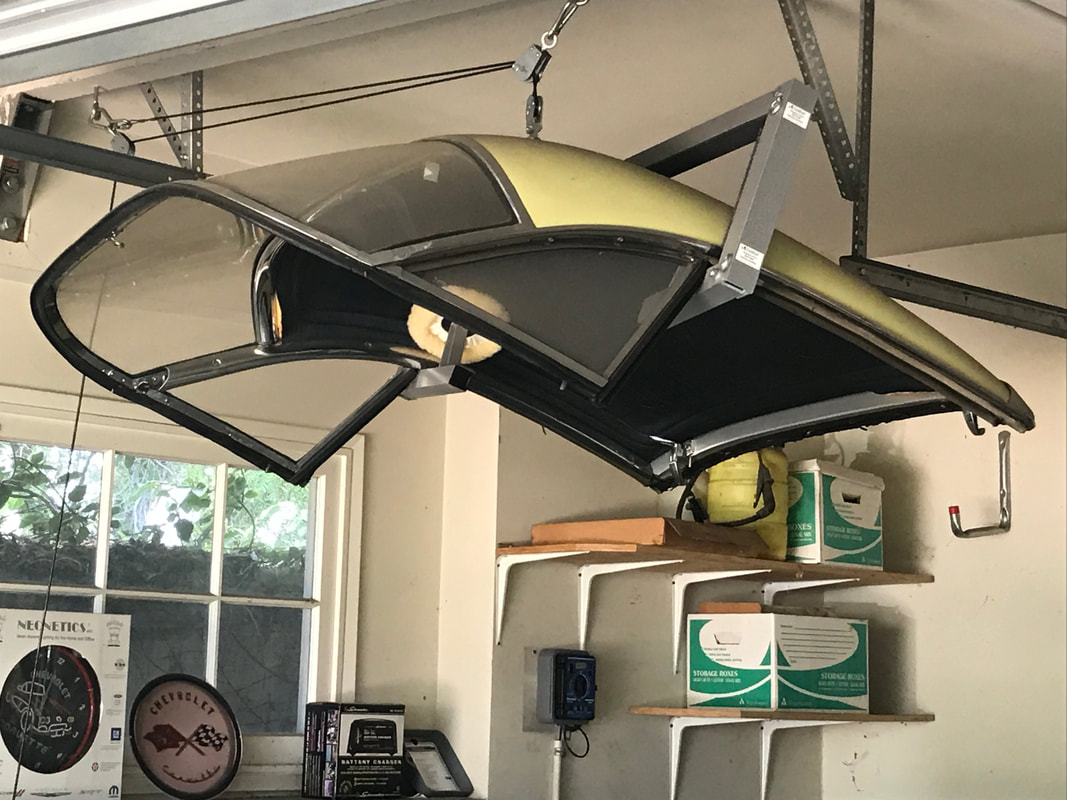 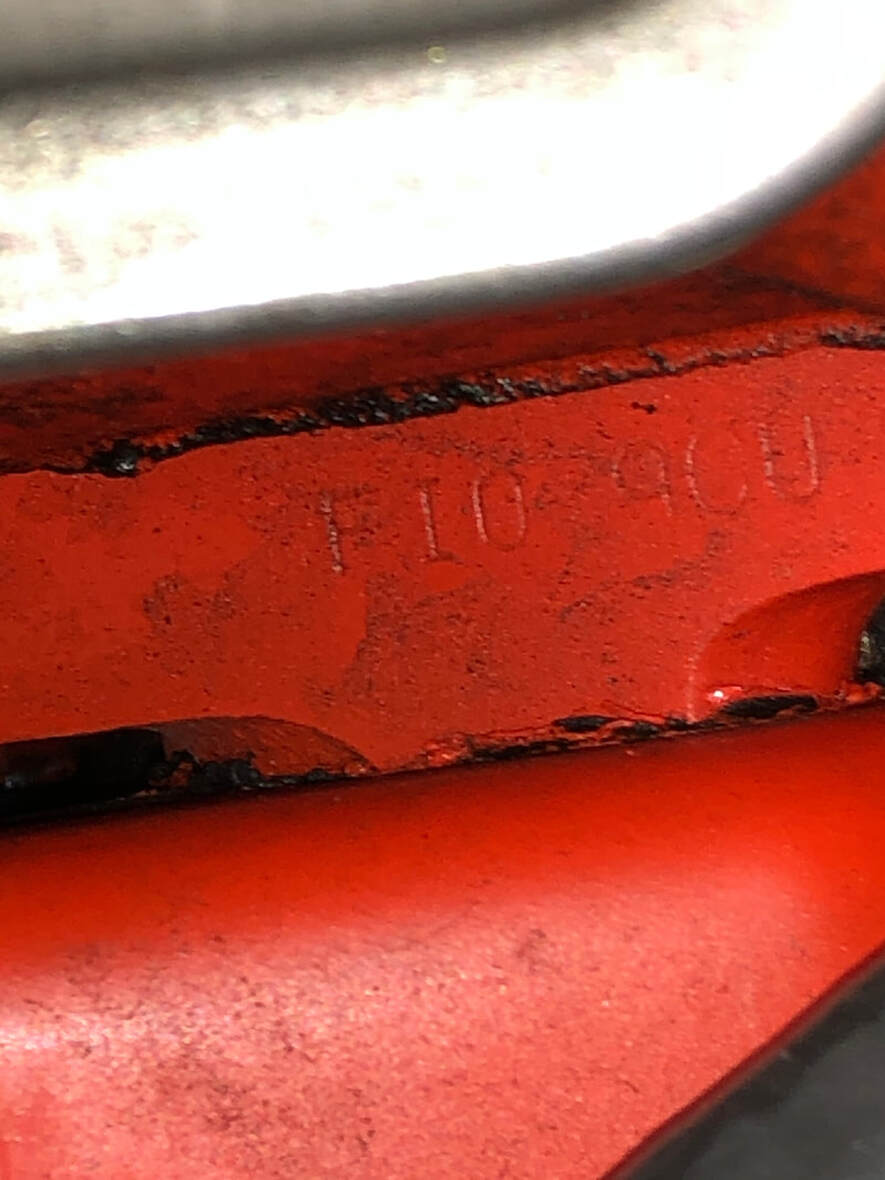 Only 978 cars had this power plant. This correct 58 engine was rebuilt and installed in 2012 by Steve LuVisi, well know Corvette shop owner of AUTOMOTIVE EXPERTISE in Huntington Beach, California. Steve has owned and restored many NCRS Top Flight and Bloomington Gold cars.

The radio is a modern WONDERBAR, by CUSTOM AUTOSOUND that looks correct, but has AM/FM updated inners and stereo speakers, with a cassette player. The original WONDERBAR goes with the sale.

A new white soft top was installed by Adam Parker in May 2012. Adam worked for Al Knoch interiors and visited Southern California where he installed convertible tops on 5 solid axel cars at one time over a week. Also the dashpad was replaced with a new correct  Pebble Grain unit in December 2009 by Steve LuVisi. NOTE the correct charcoal short weave carpet.

The car has a trunk mat, reproduction jack, jack handle, and lug wrench.

There is a E-Z hardtop hoist in the garage that makes it easy to take the hard top off and this accessory goes with the sale.