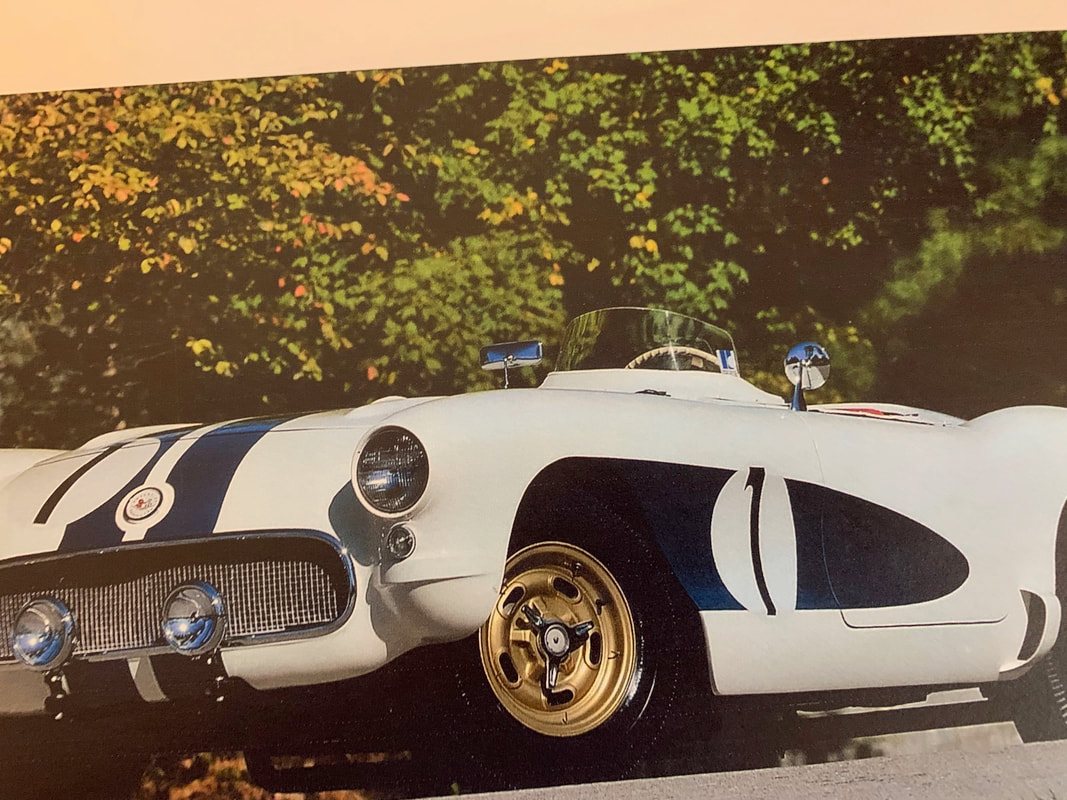 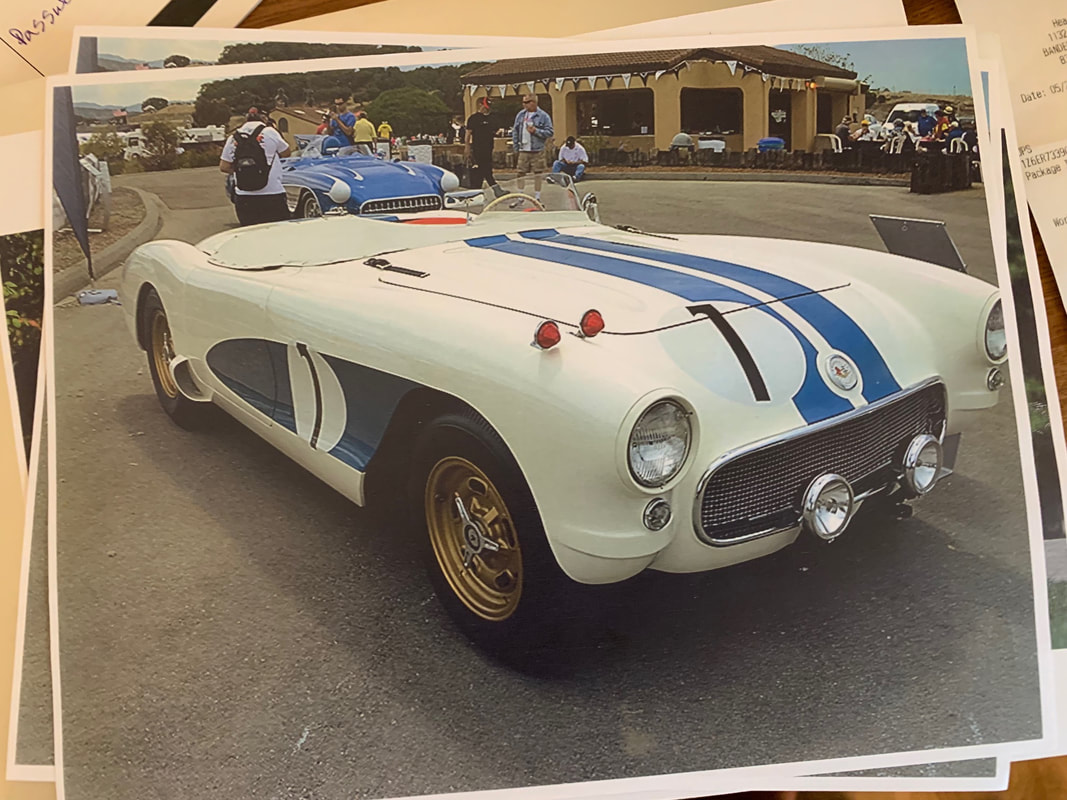 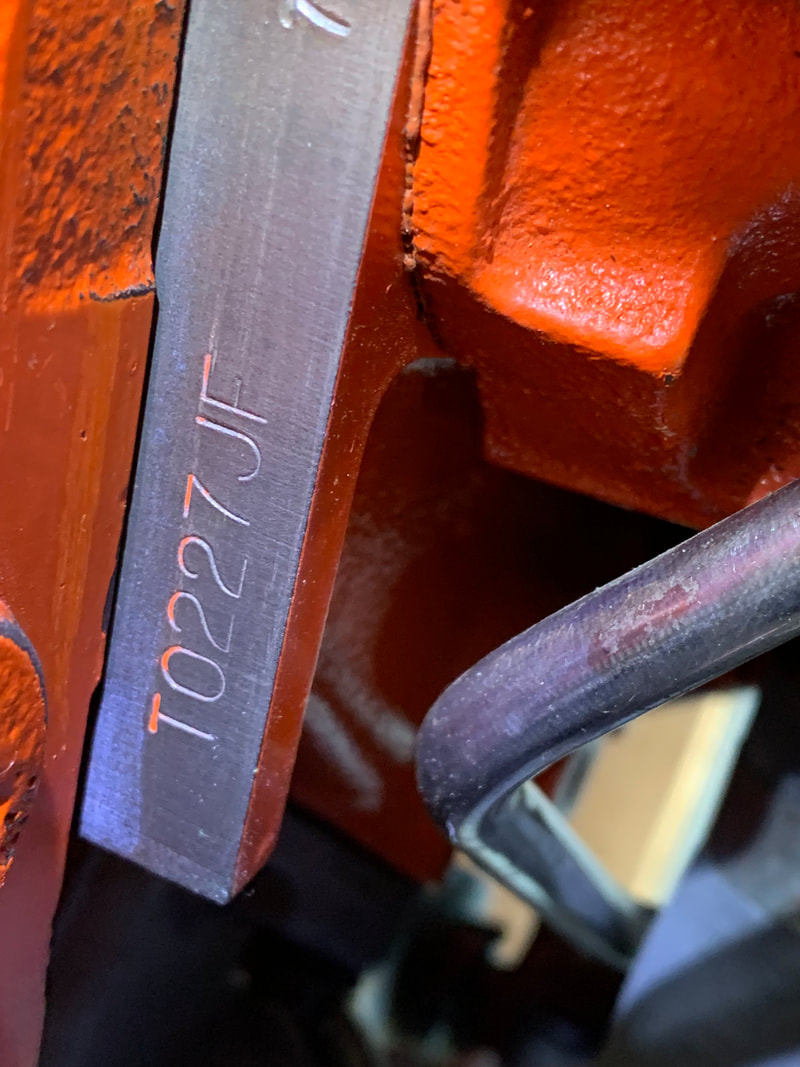 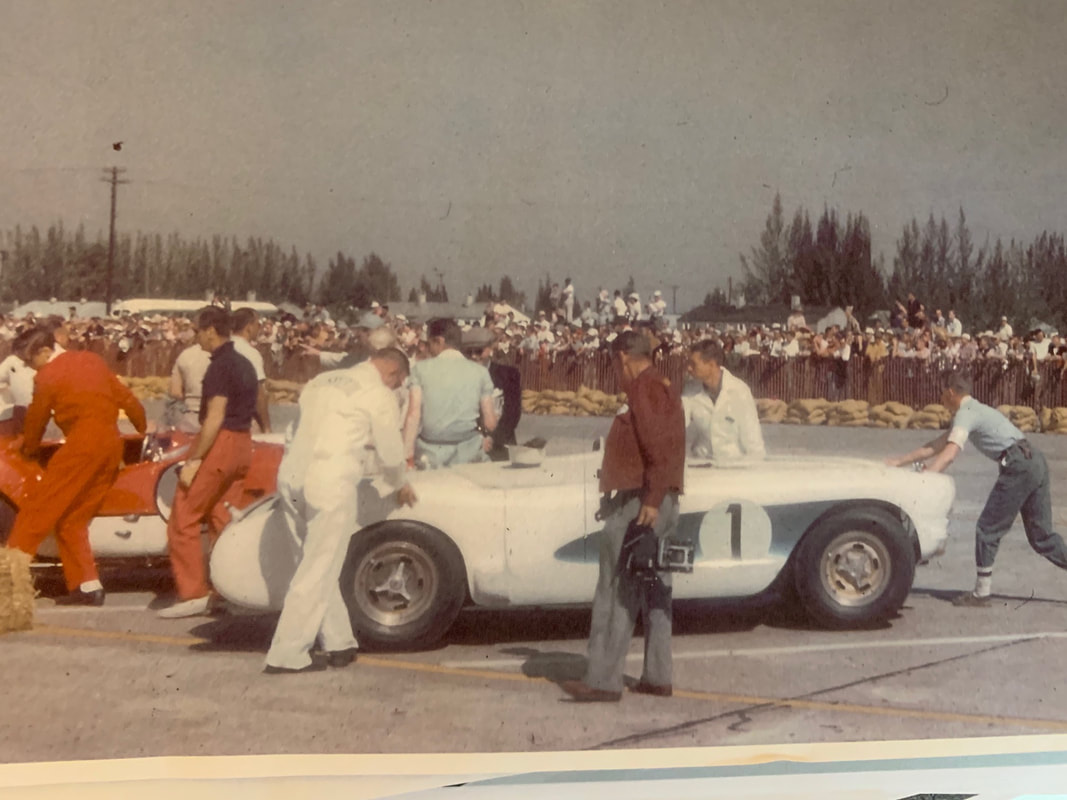 ‘’The ‘’Real McCoy’’ was GM’s first factory raced Corvette at the 12 hours of Sebring endurance FIA Sebring event. Previous to Sebring, it was raced at Daytona Beach in the ‘’flying mile’’ driven by Duntov breaking records of approximately 151 mph.
After Daytona, it was taken to Sebring Airport and was modified to run the 12 hour endurance race. ZORA DUNTOV got all the credit for the car, but the 56 Race Program really belongs to GM engineer, FRANK BURELL.

​John Baldwin, formerly from Long Island, bought his first Corvette in 1962, and had a very close relationship with the local Chevy dealer, SAM GILES of GILES CHEVROLET. Sam had two sons, Bruce and Gary and daughter Linda.
We all grew up together within 2 miles of each other. Long story short, I told Gary if he ever came across Corvettes with race items like big tanks, or big brakes I wanted to buy them. I did purchase many cars from Gary and his Dad over the years, and worked piece meal on many of their customers high performance Corvette cars.


Fast forward to 1976, Gary had purchased a rolling frame at an auction in Thompson, CT. It had big brakes, and home made backing plates. Only the rear half of the body. Also had Halibrand wheels, and a H.T rear diff.,. The chassis was 1955 chassis #194. No person knew what it was. I put it in storage for 20 years.


In 1997, John went to Michigan and filled a 40 foot tractor trailer full of Corvette parts and GM literature collected by Frank Burrell.


In the paperwork, were inter office GM interoffice mail stating that engineering #6901 was 56 SEBRING #1 car, vin # VE55S001194. This was the chassis I had in storage.
With parts was the original 307 cu in ‘’GT engine, both ZF 4 Speed Getrag transmissions and tons of 56 Sebring race parts. I could now complete the the race car.

​Corvette collector HARRY YEAGGY heard I had the # 1 ‘’Real McCoy’’ and wanted it for his collection. In the conservation , Harry wanted a no hit body, therefore the car was finished with a 56 production body modified to the specs of the prototype.


The Radiator is '' radiator is THE ORIGINAL  extra wide core'', [ only one ever seen ], Body scoops and duct work to cool brakes, openings in front inner fenders to cool front brakes,


The restored car was shown at 2003 SEBRING HALL OF FAME and also received 2003 Best in Class Ault Park Concours. It got a higher score than the two ‘’original’’ Grand Sports that year, and was judged by Dave McLellan. The car also was inducted into the BLOOMINGTON GREAT HALL in June 2014. 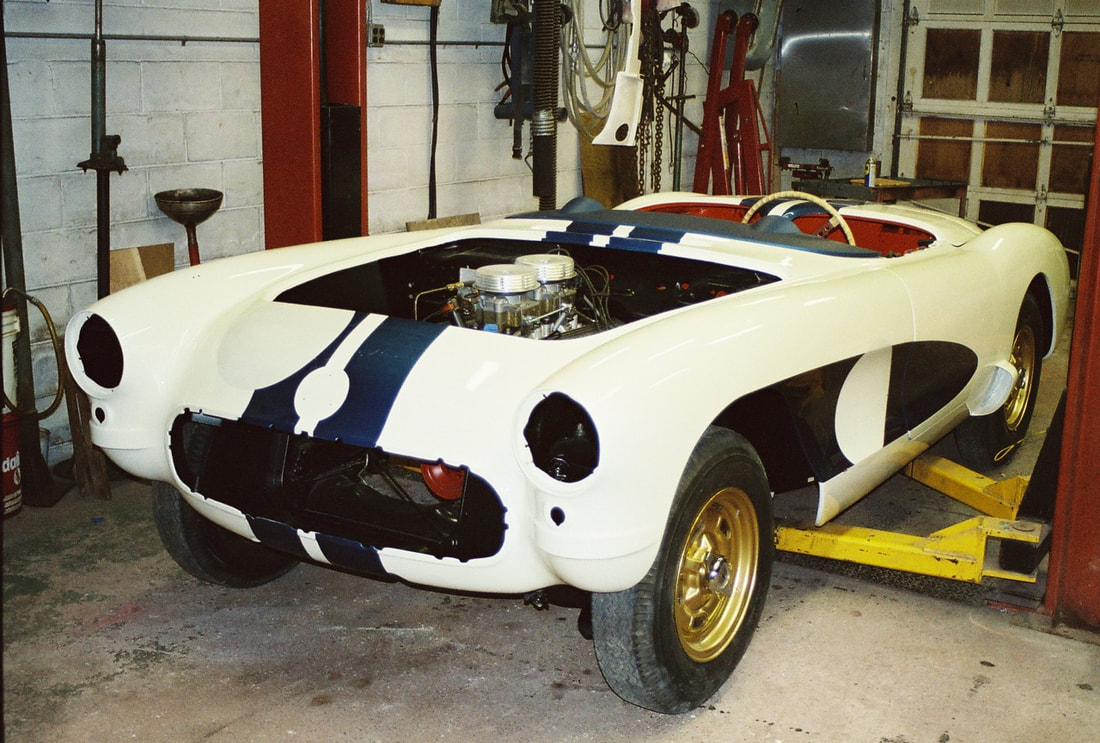 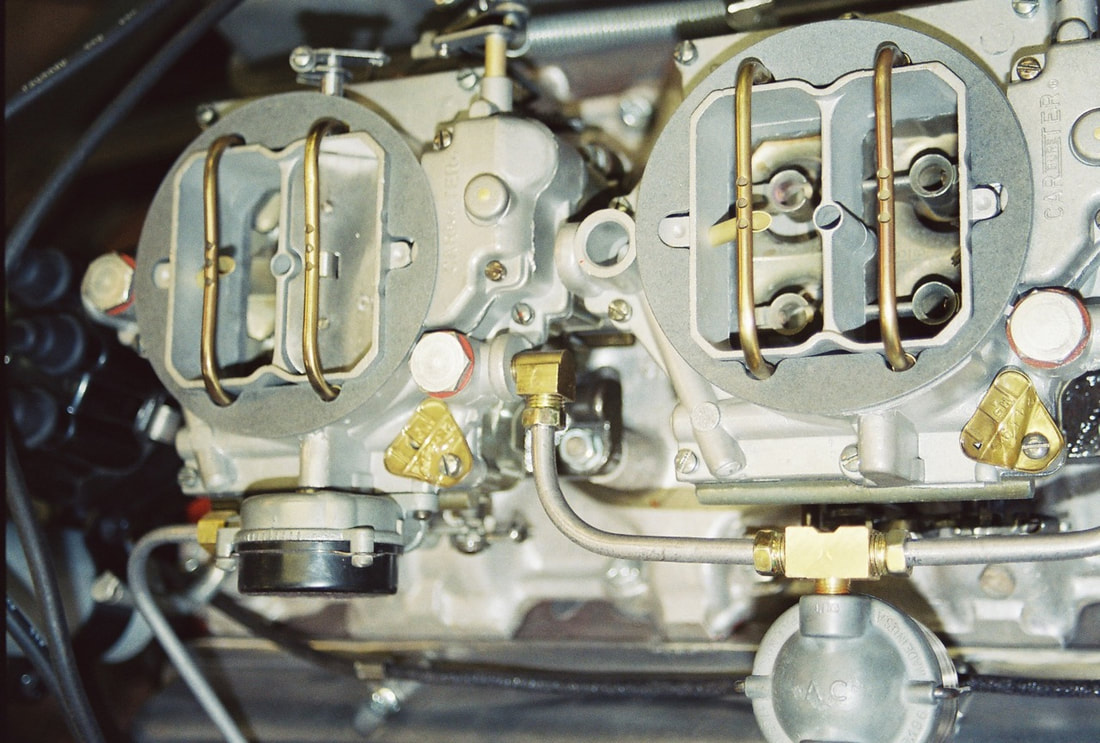 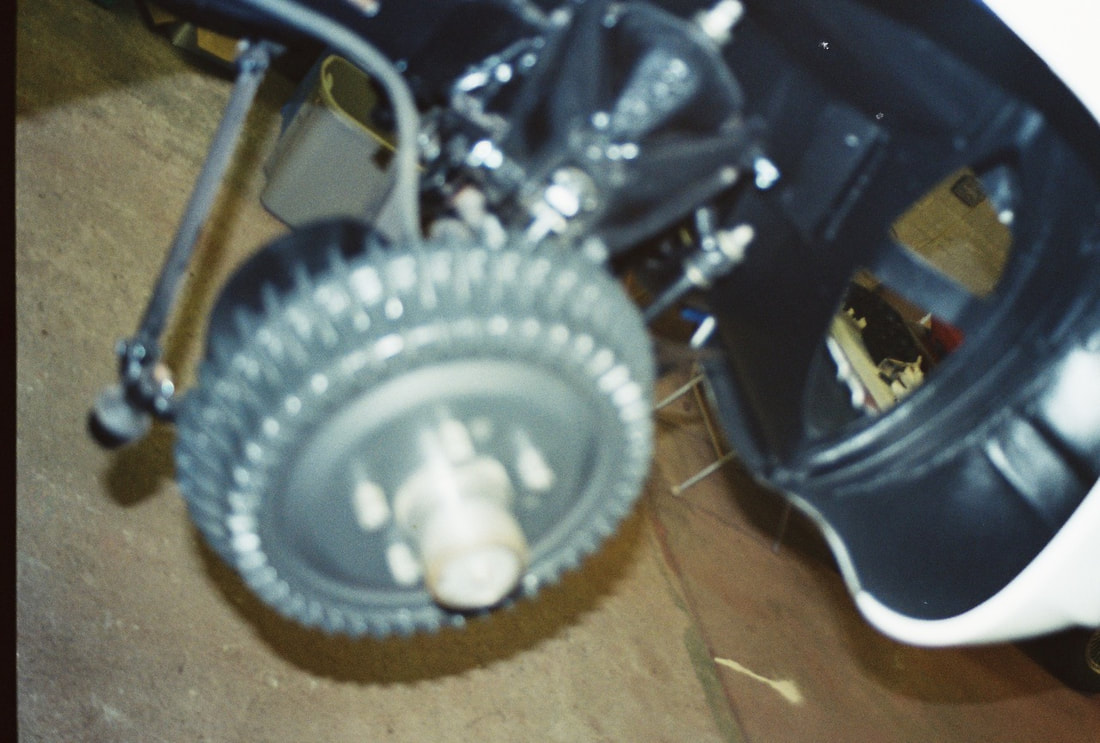 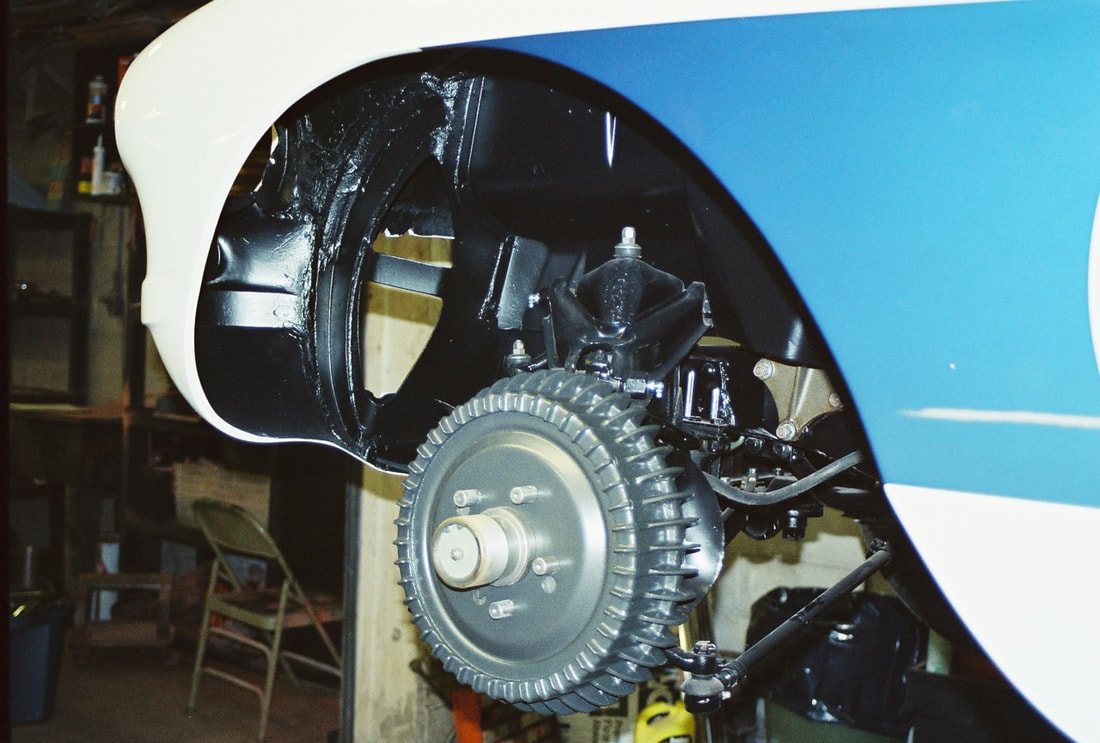 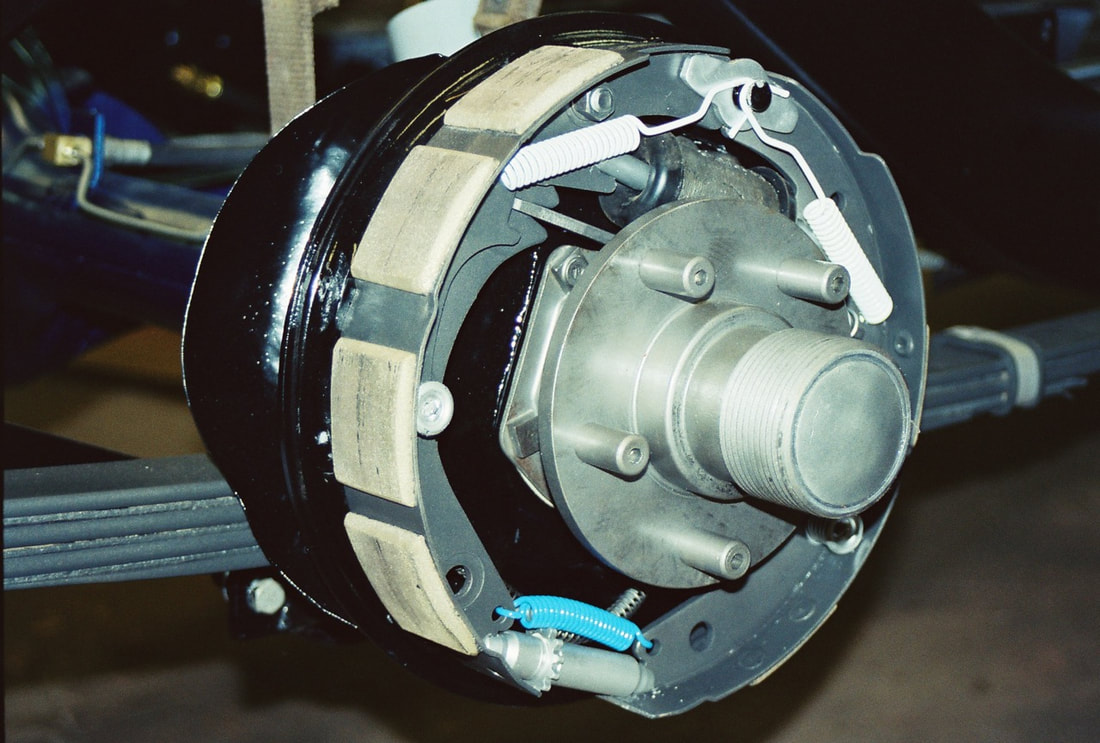 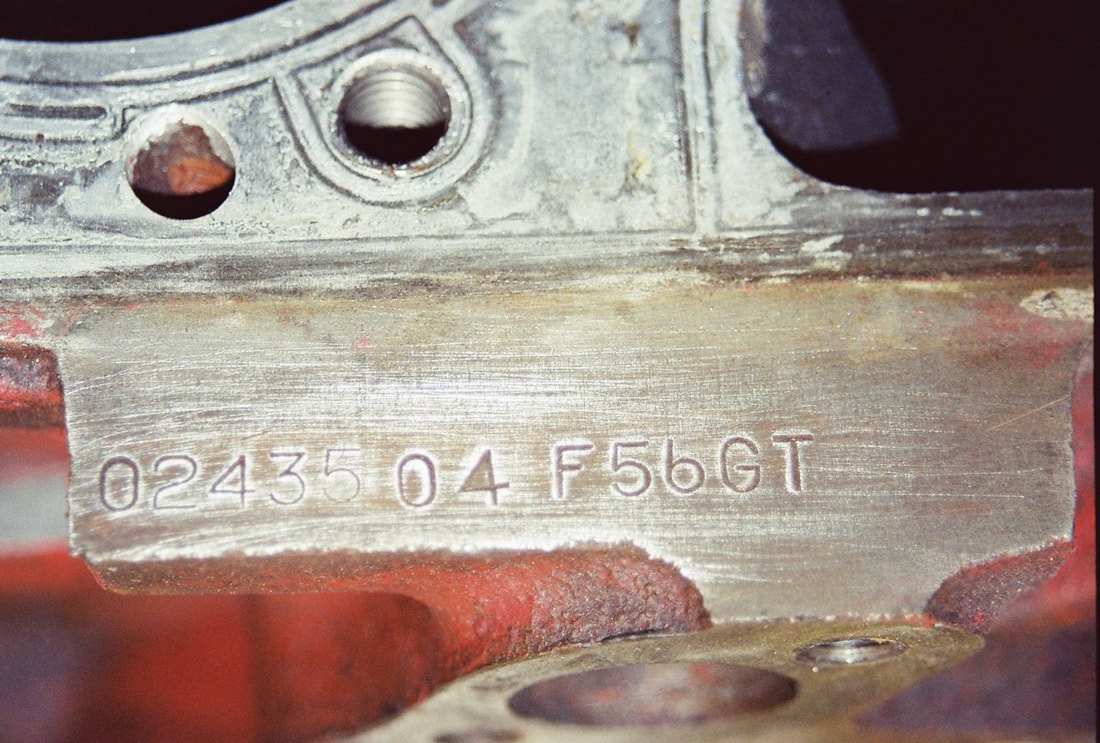 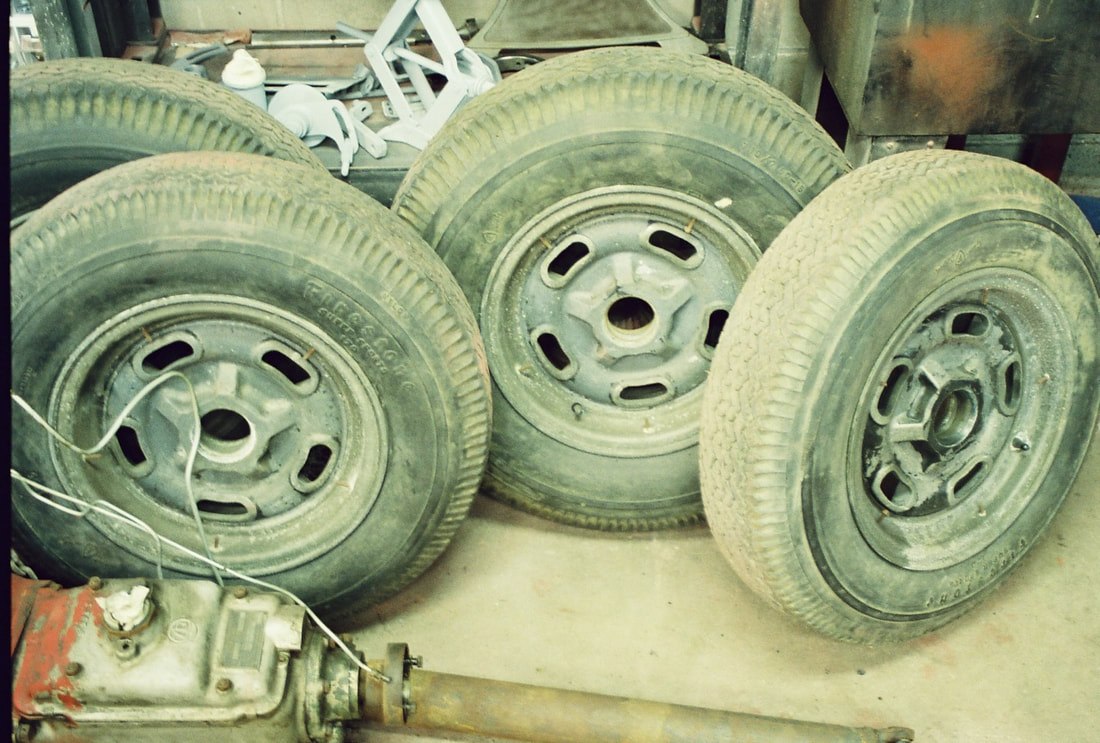 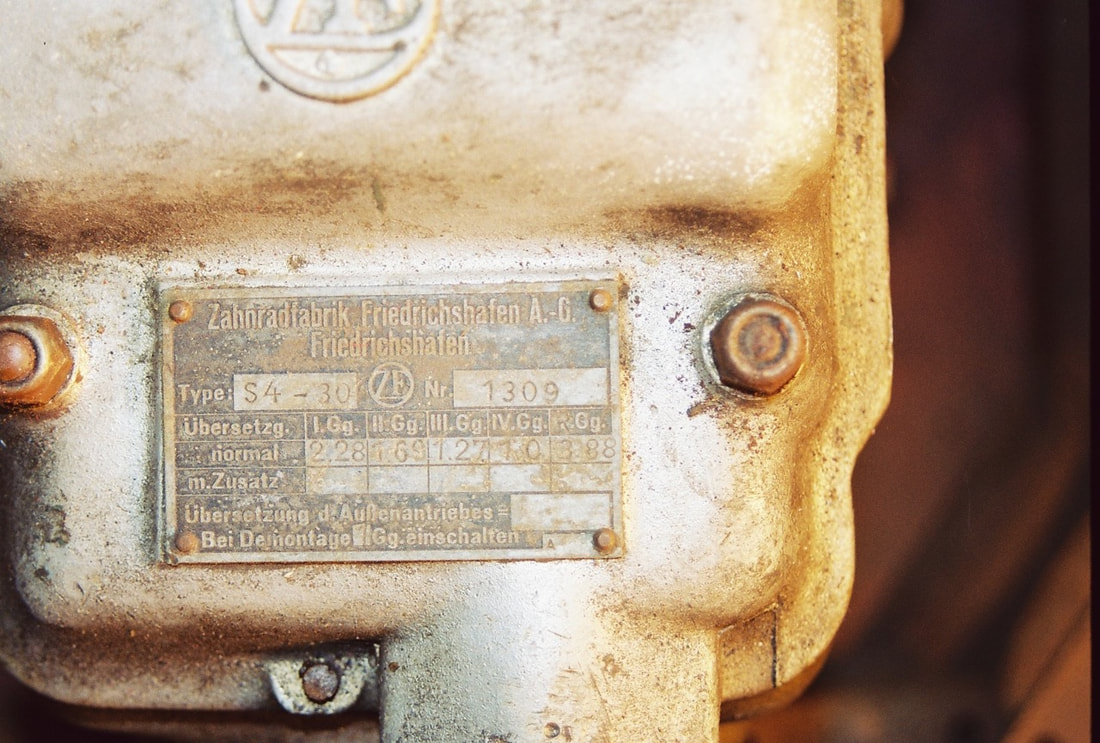 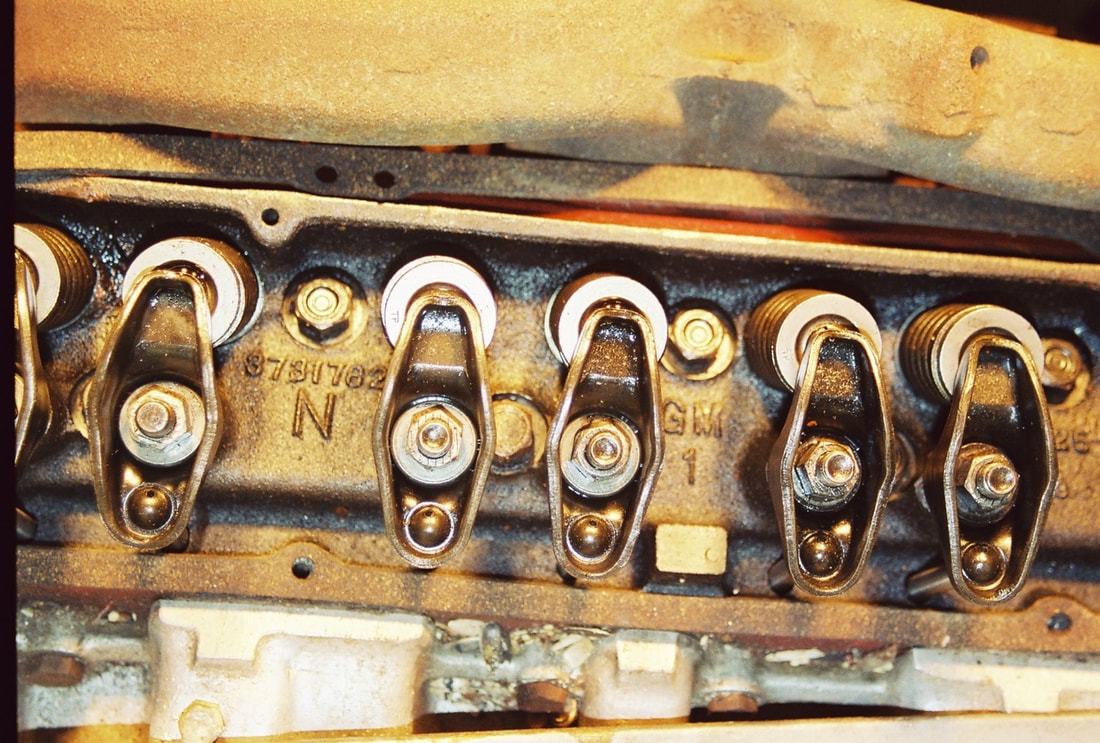 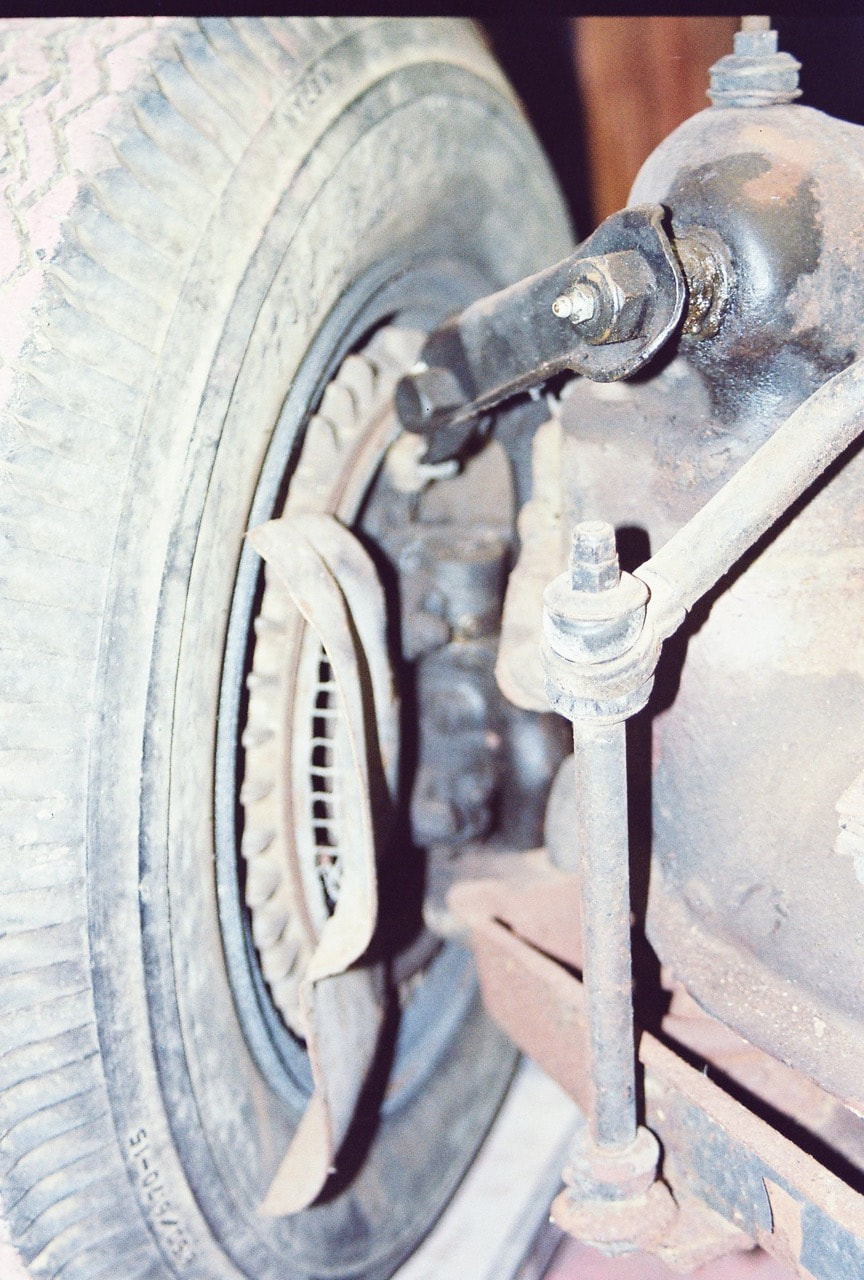 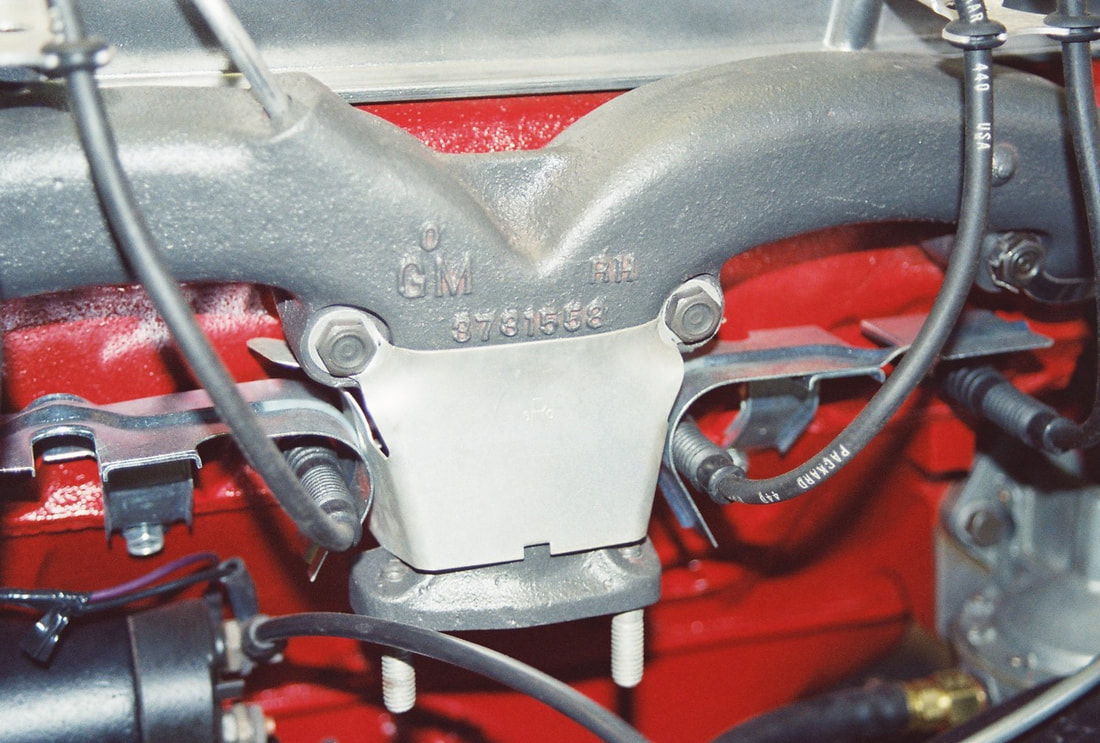 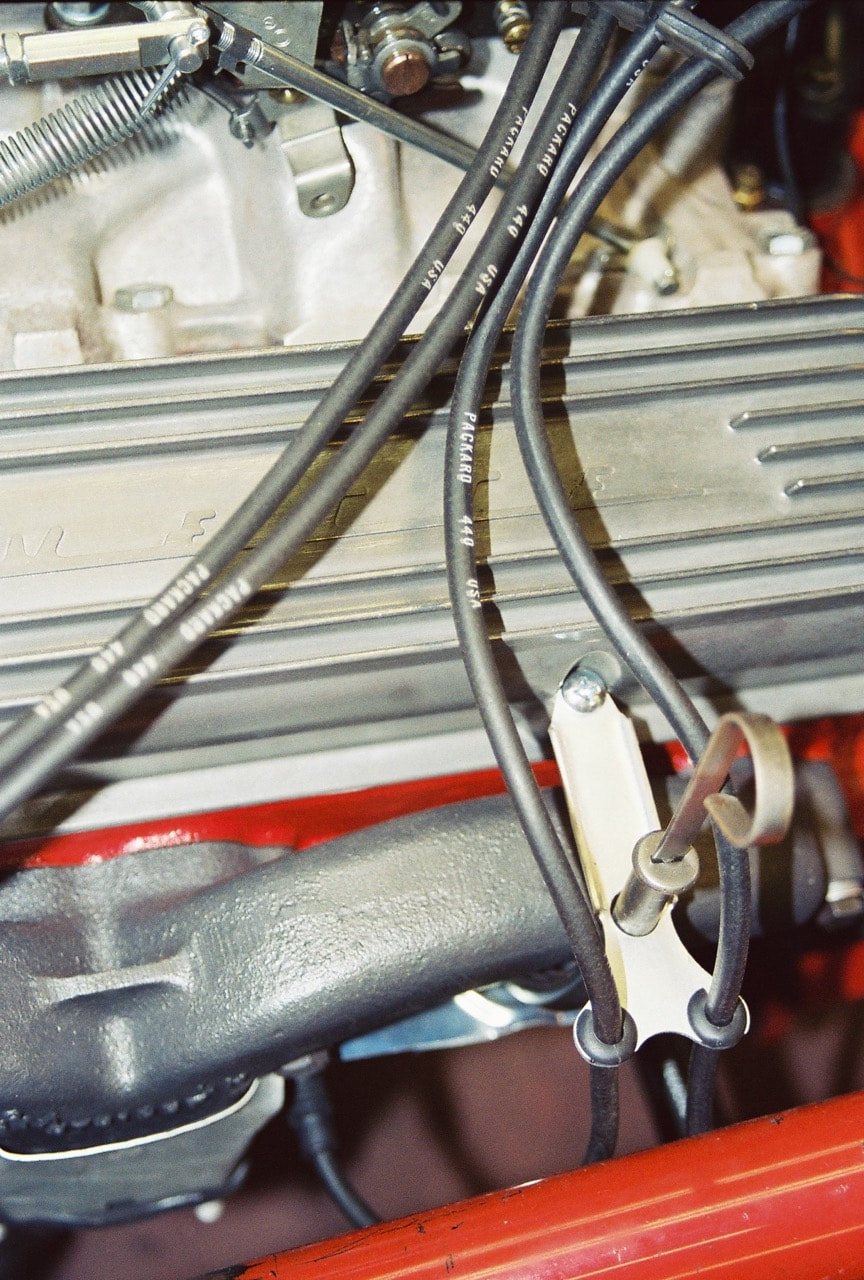 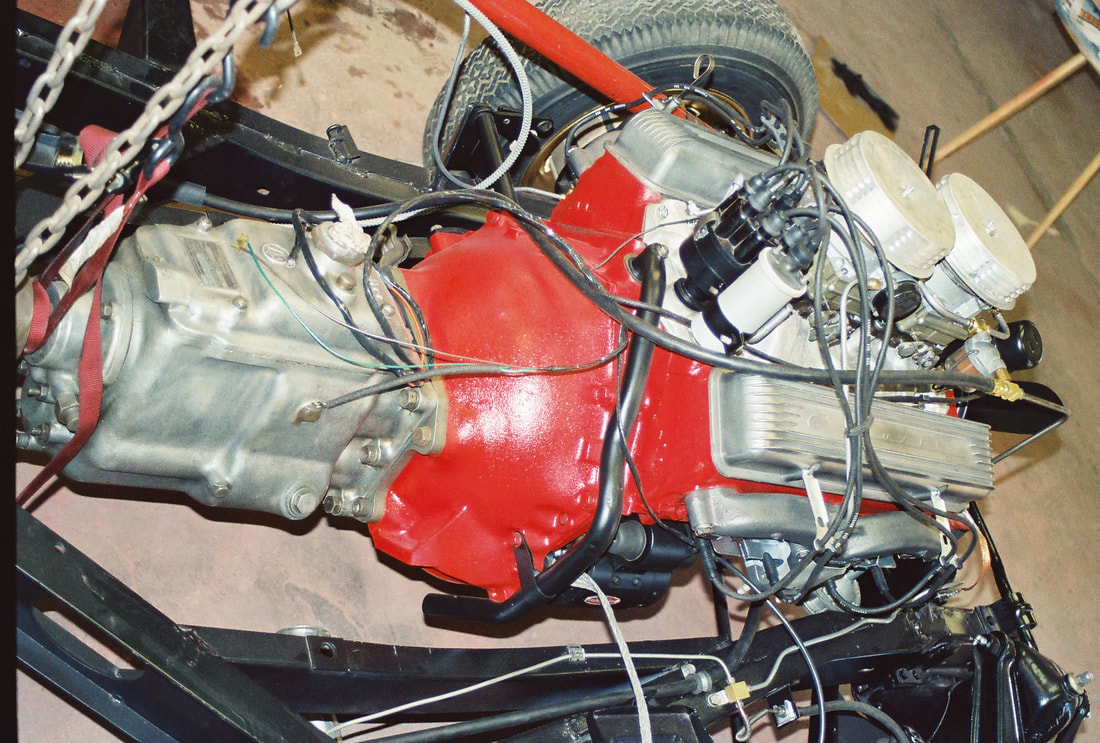 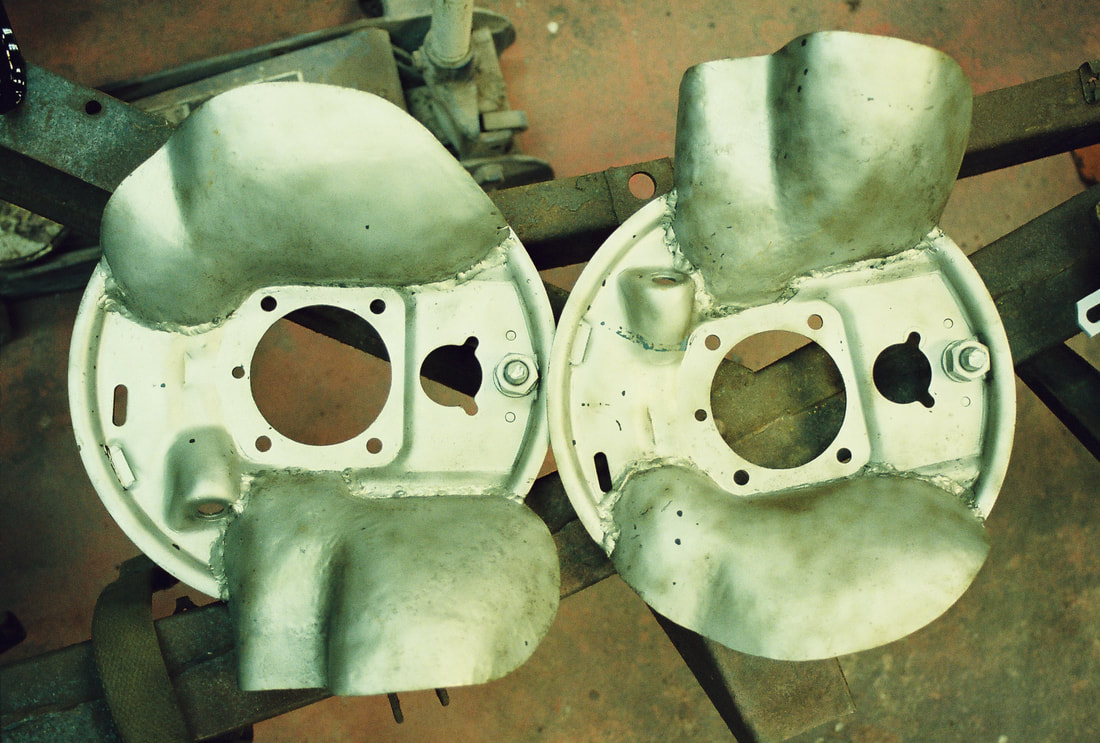 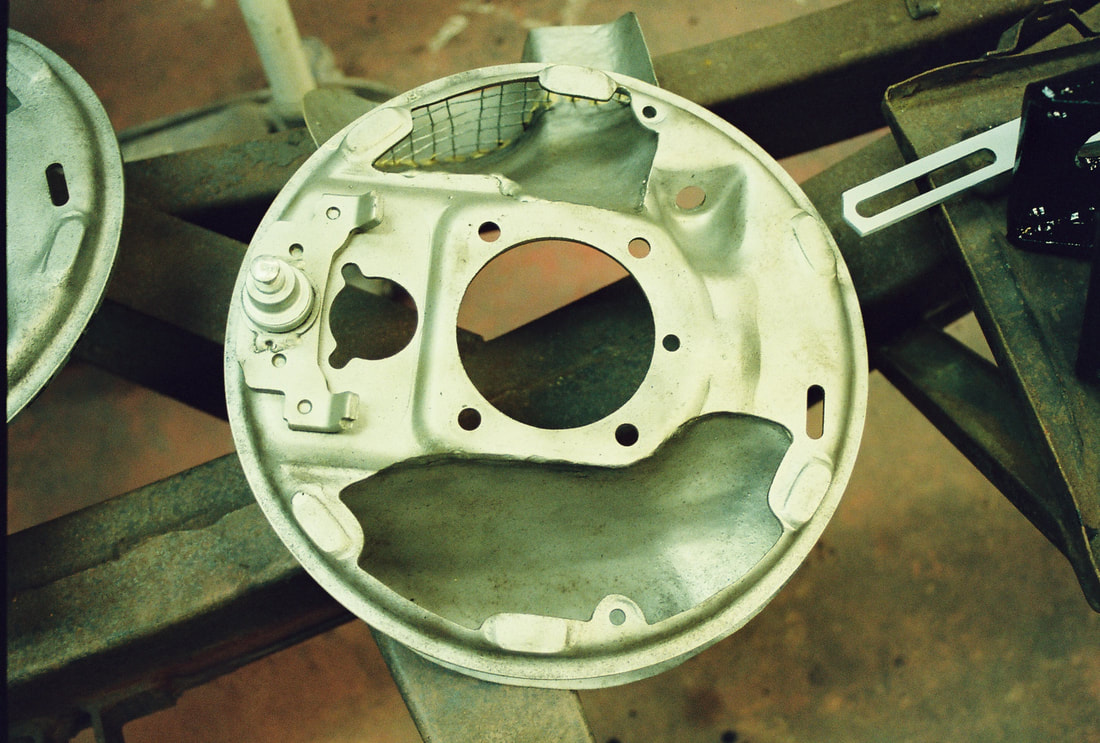 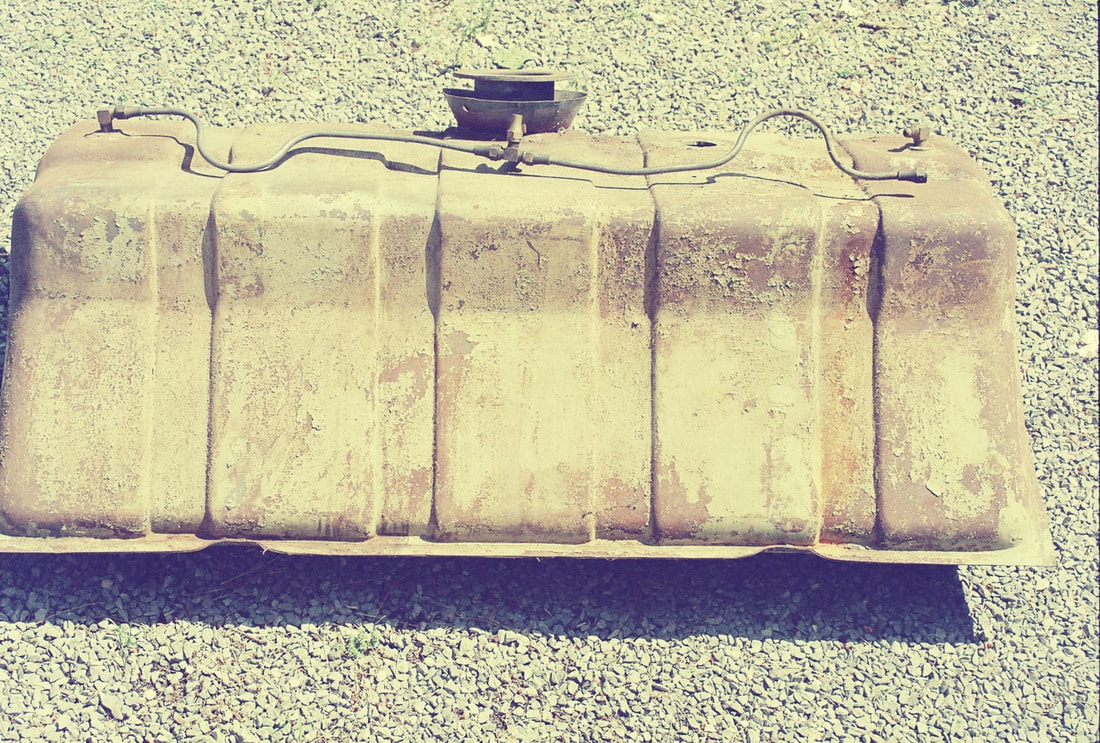 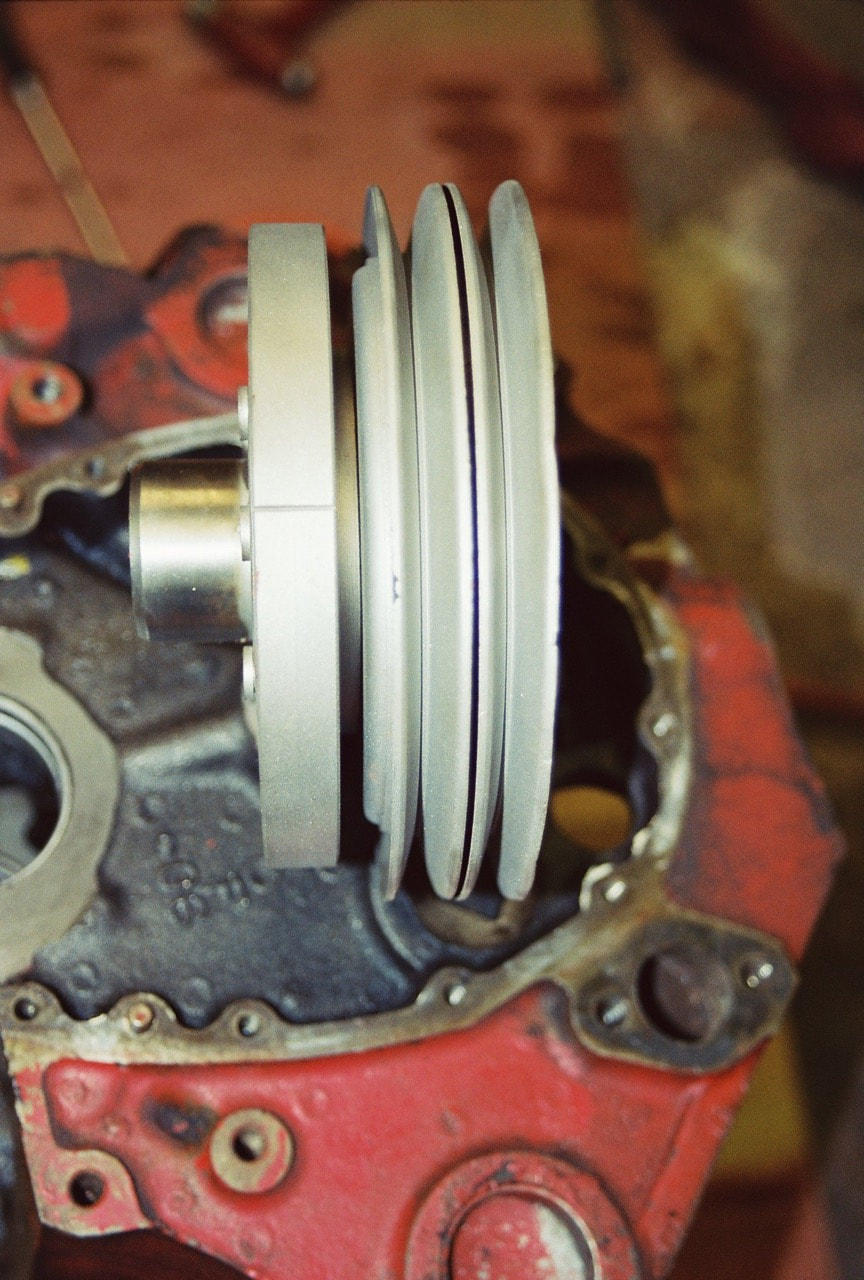 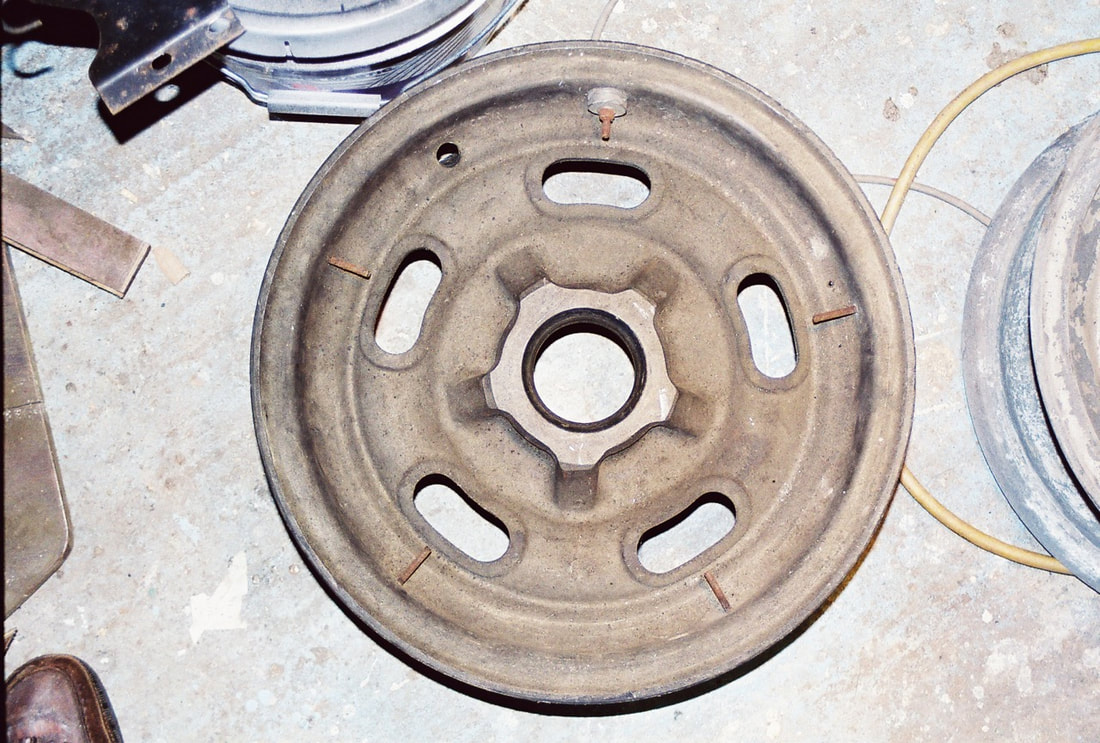 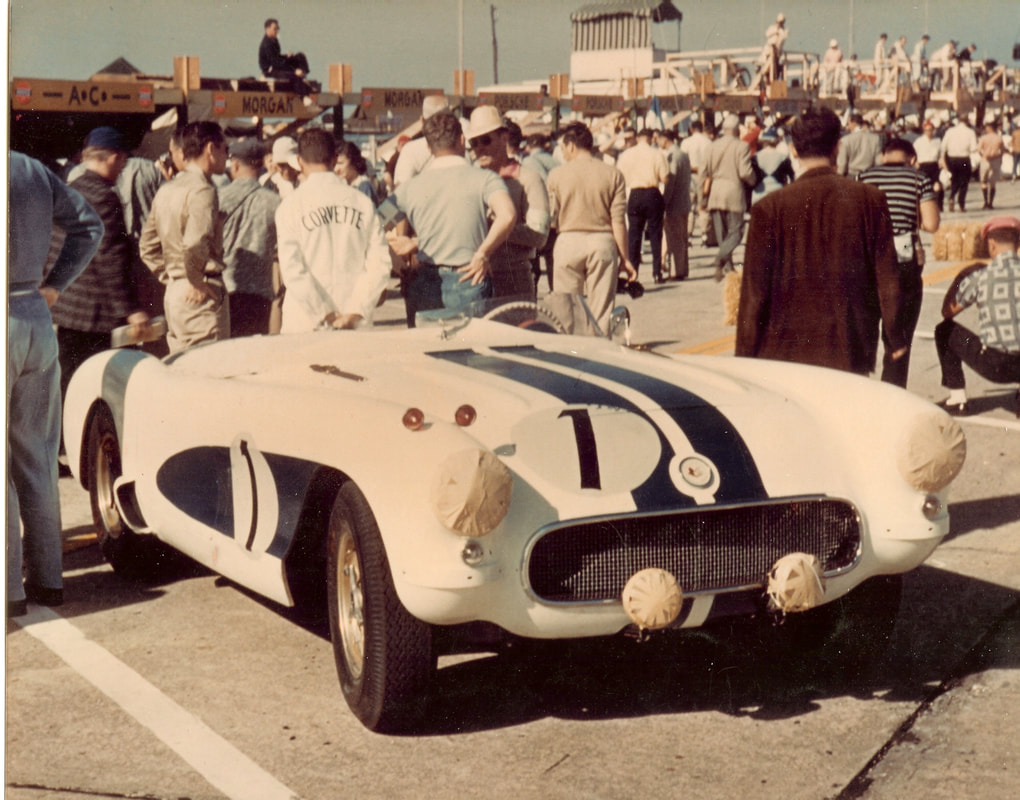 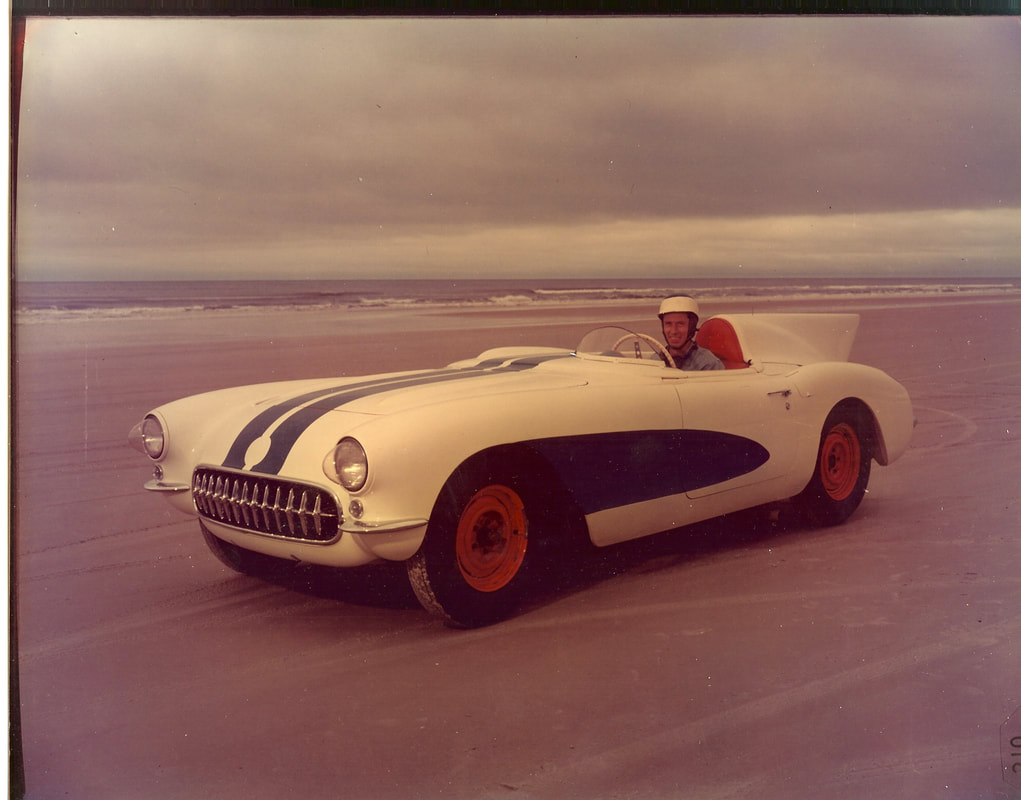 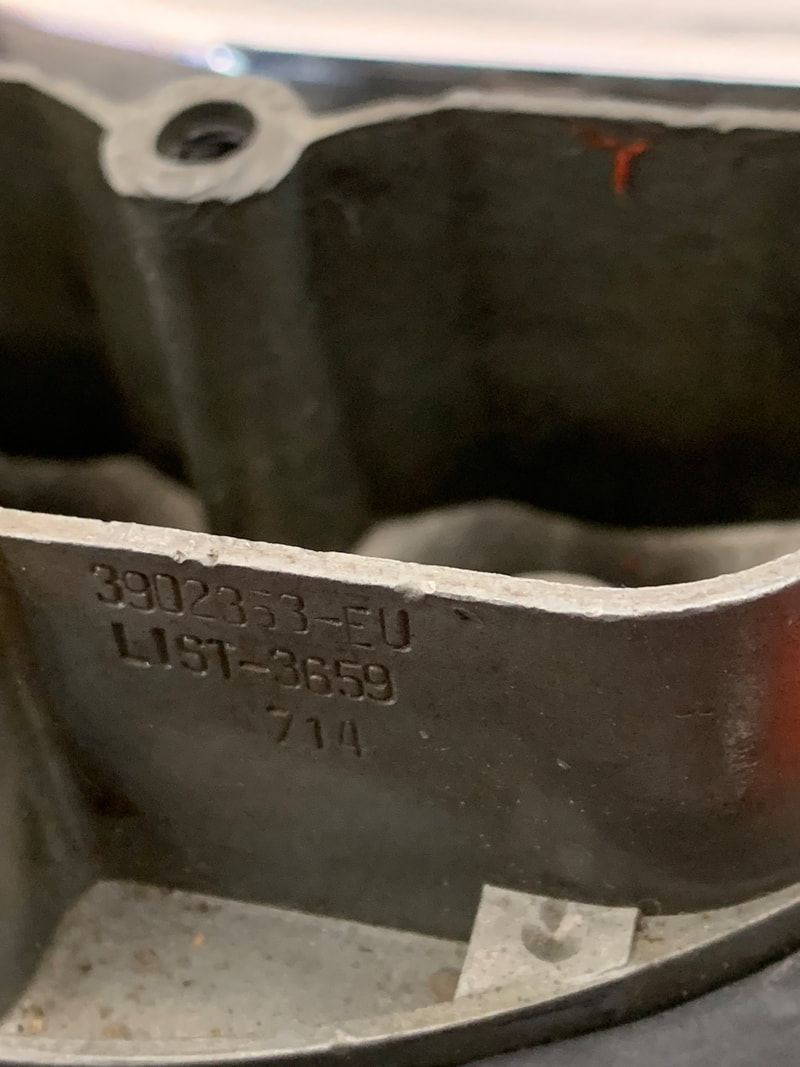